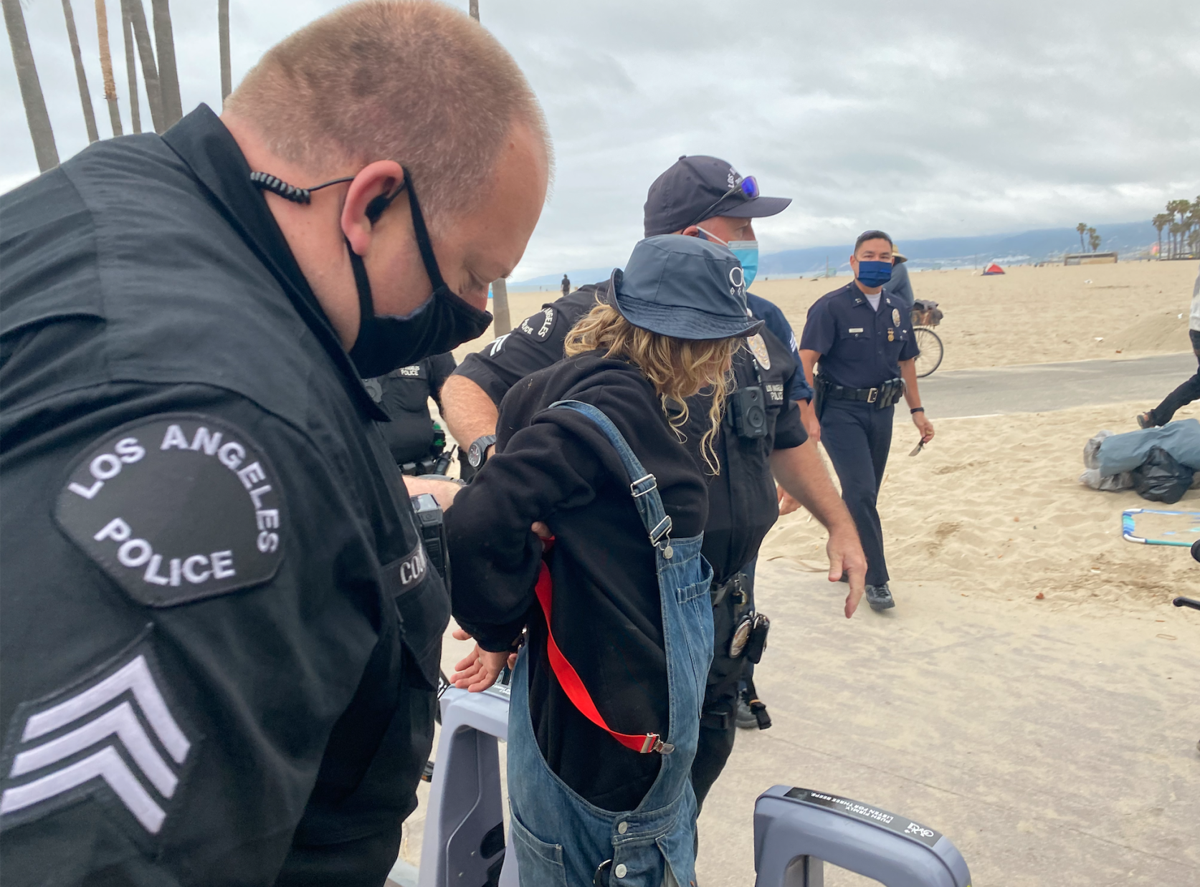 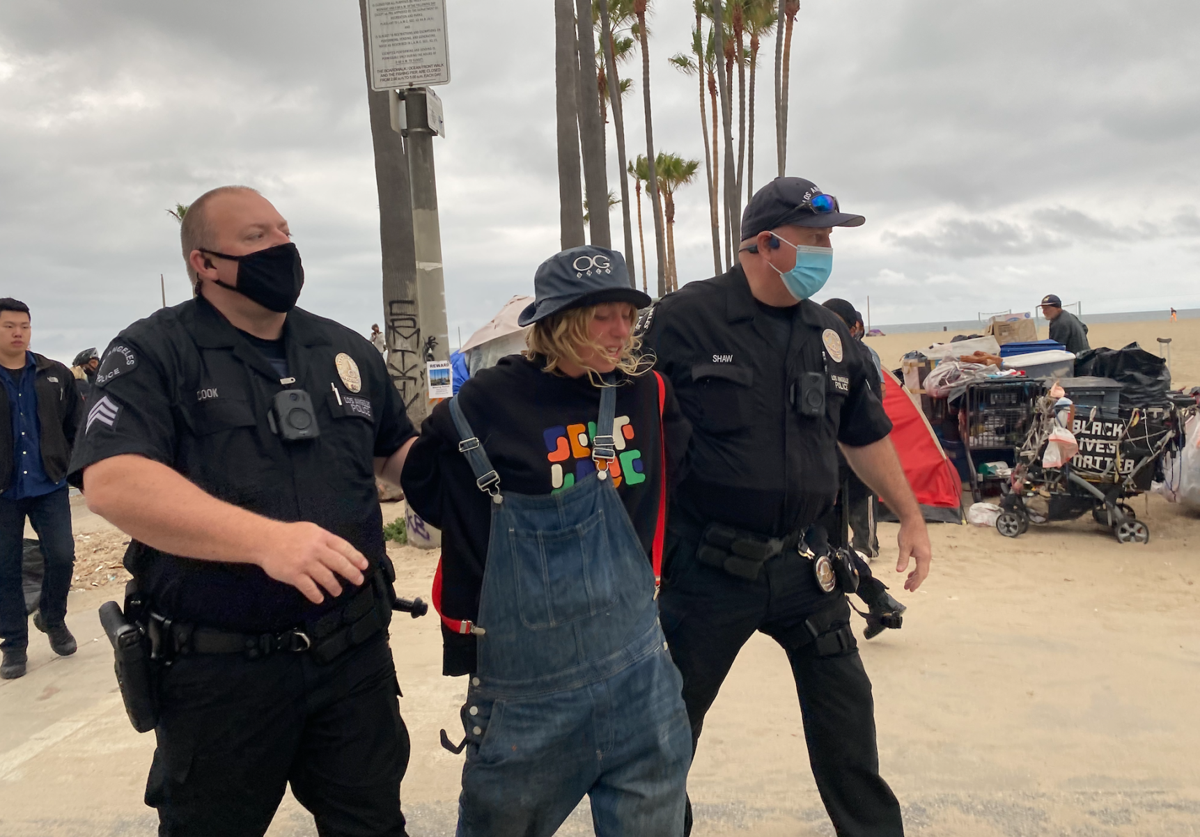 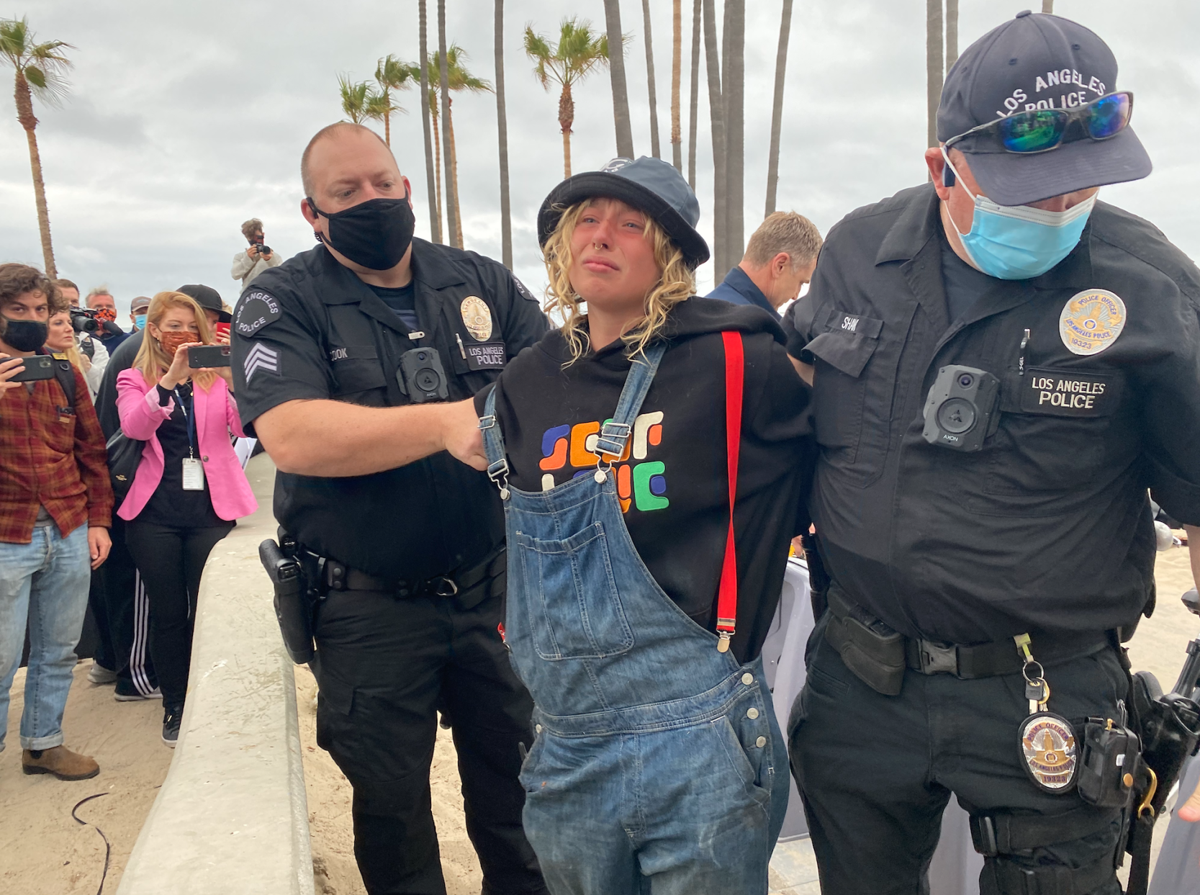 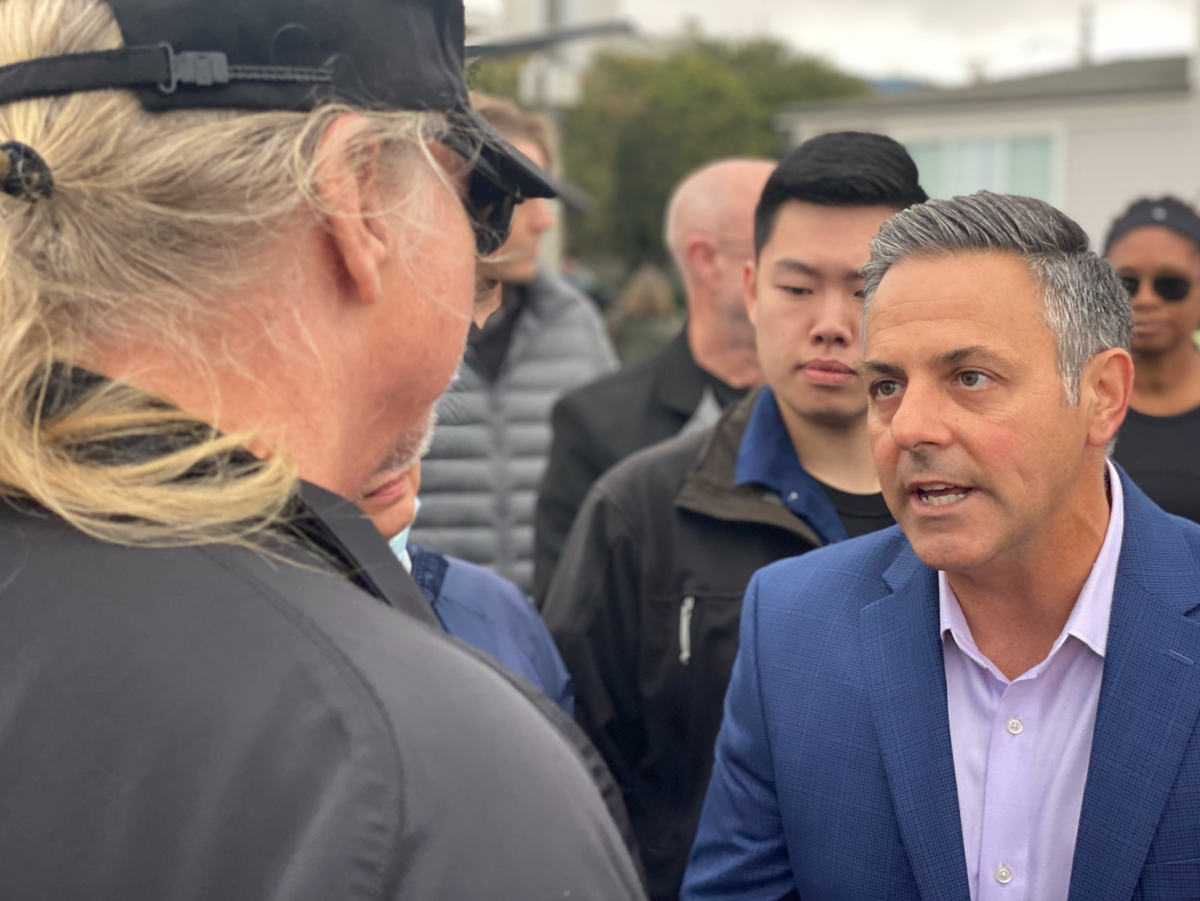 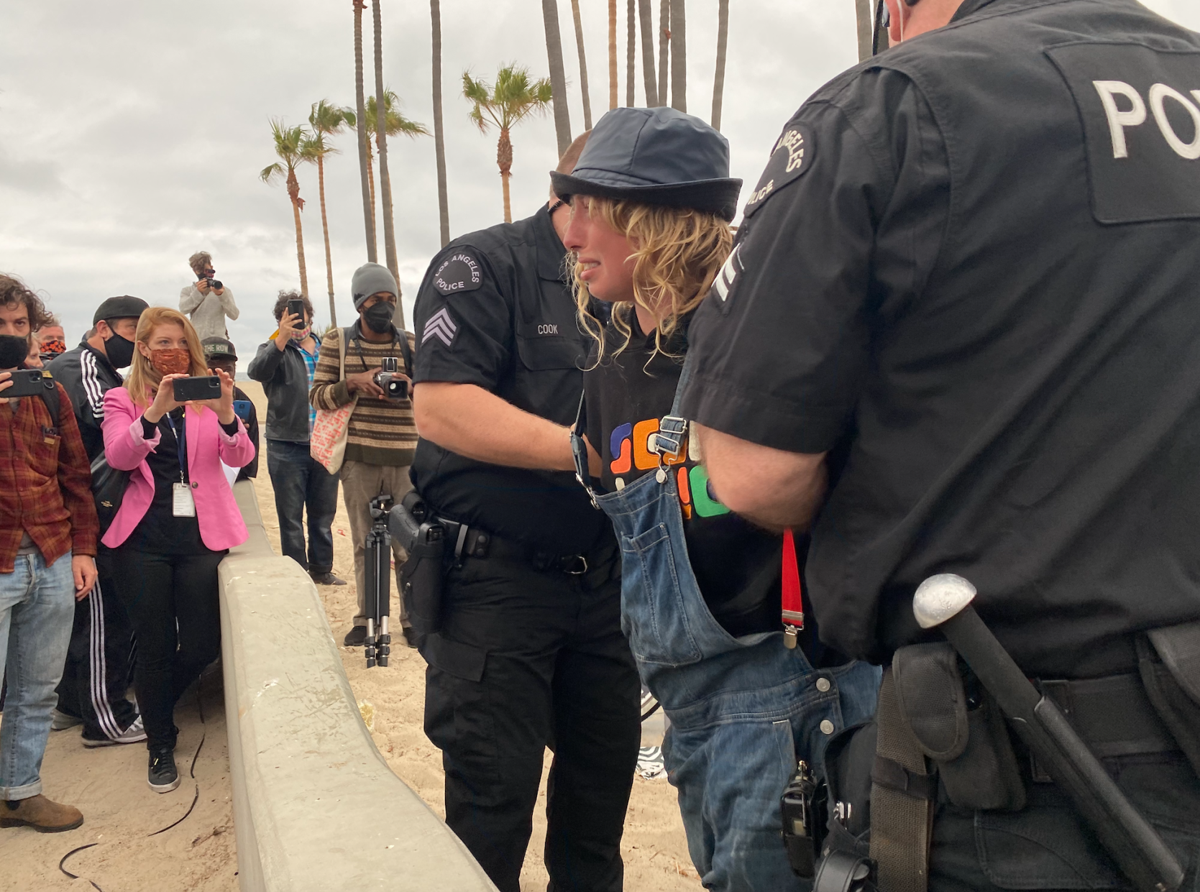 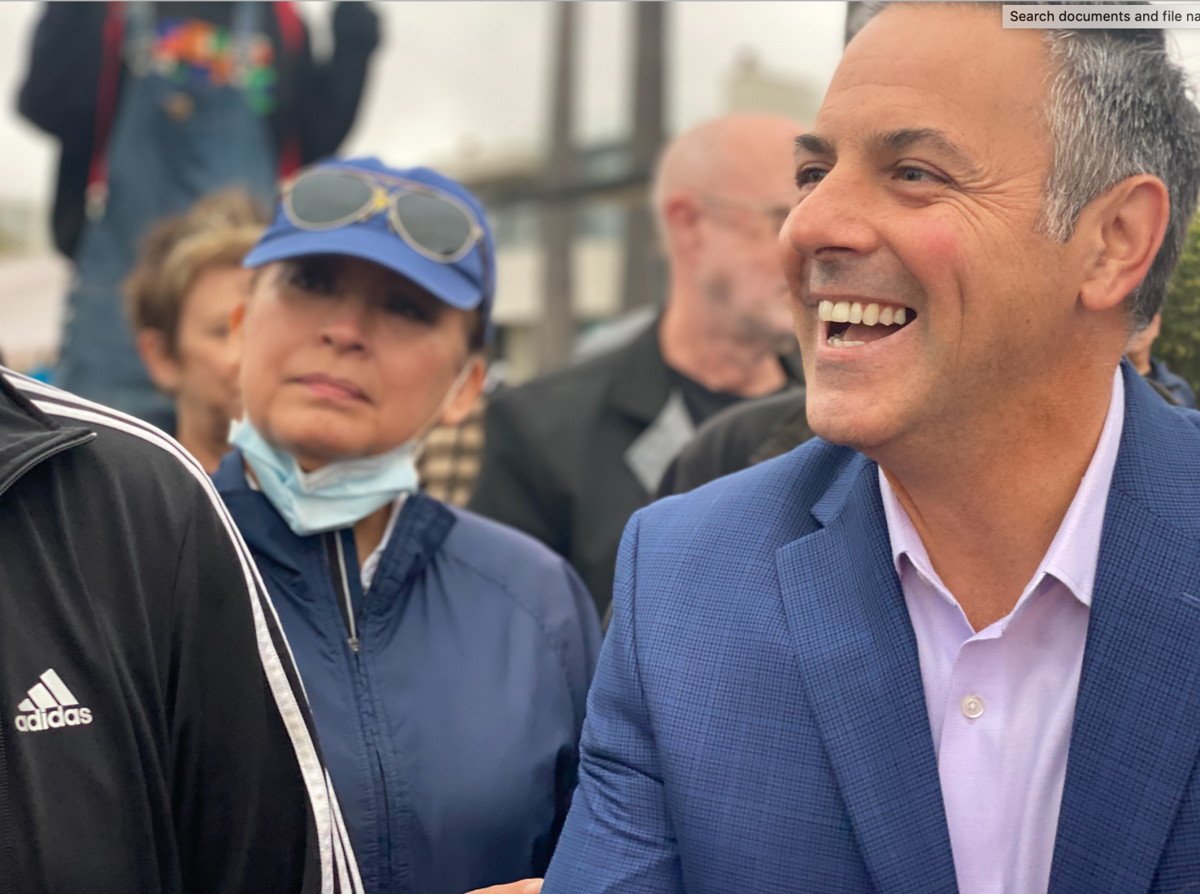 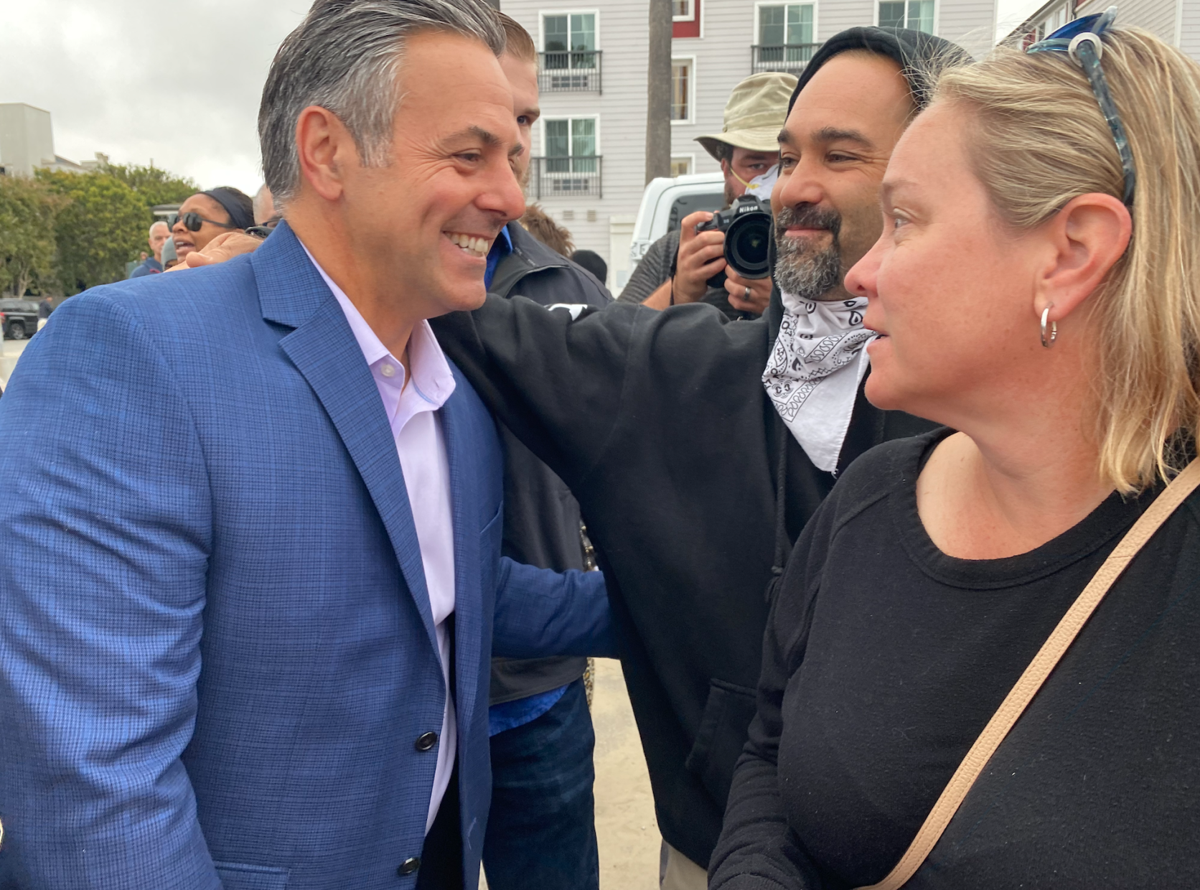 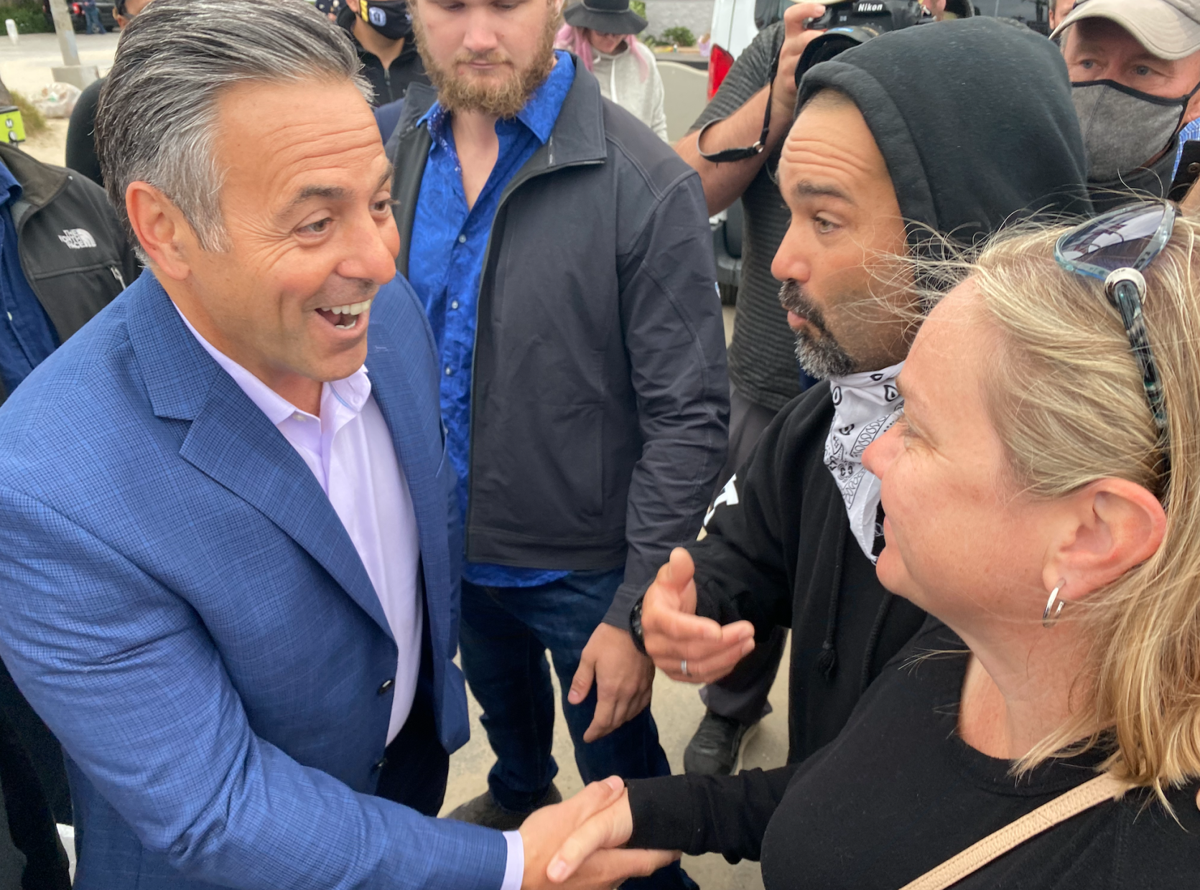 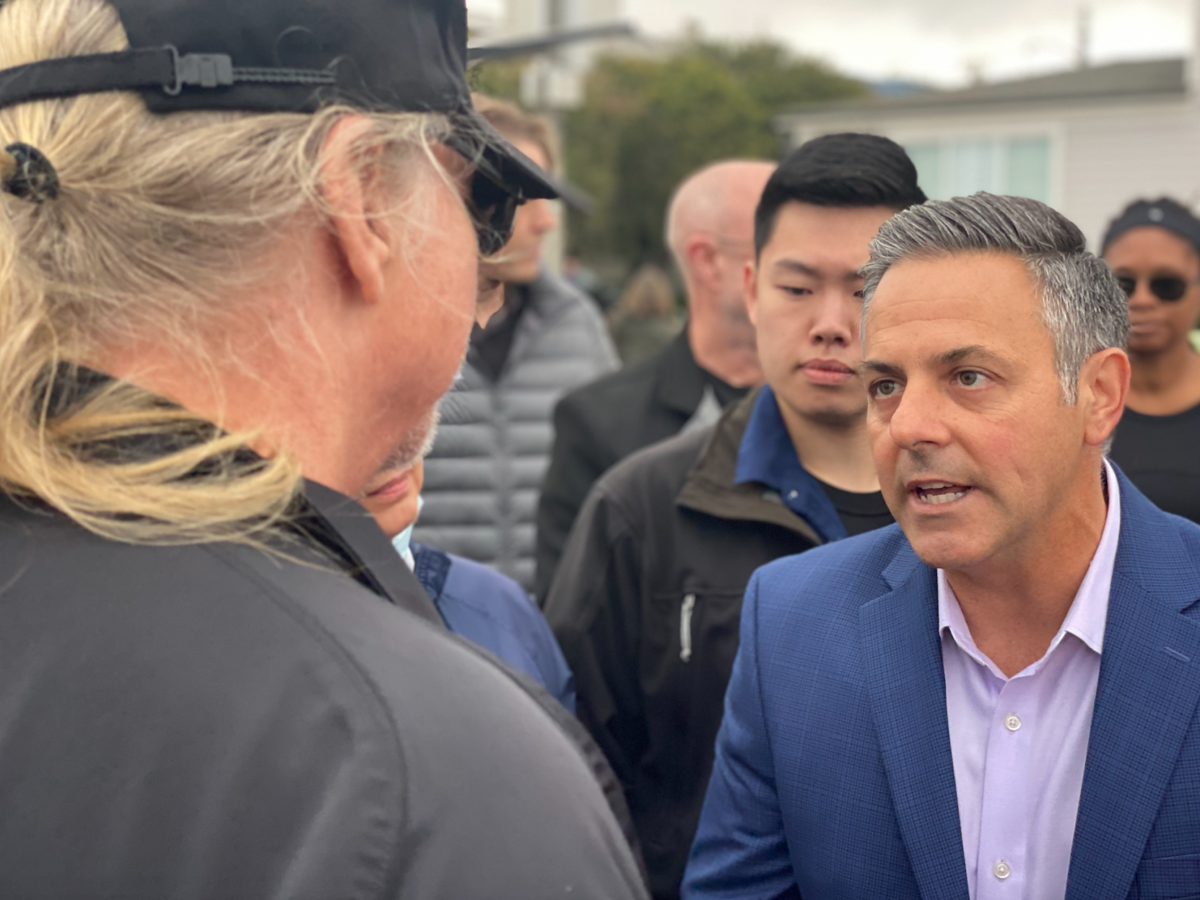 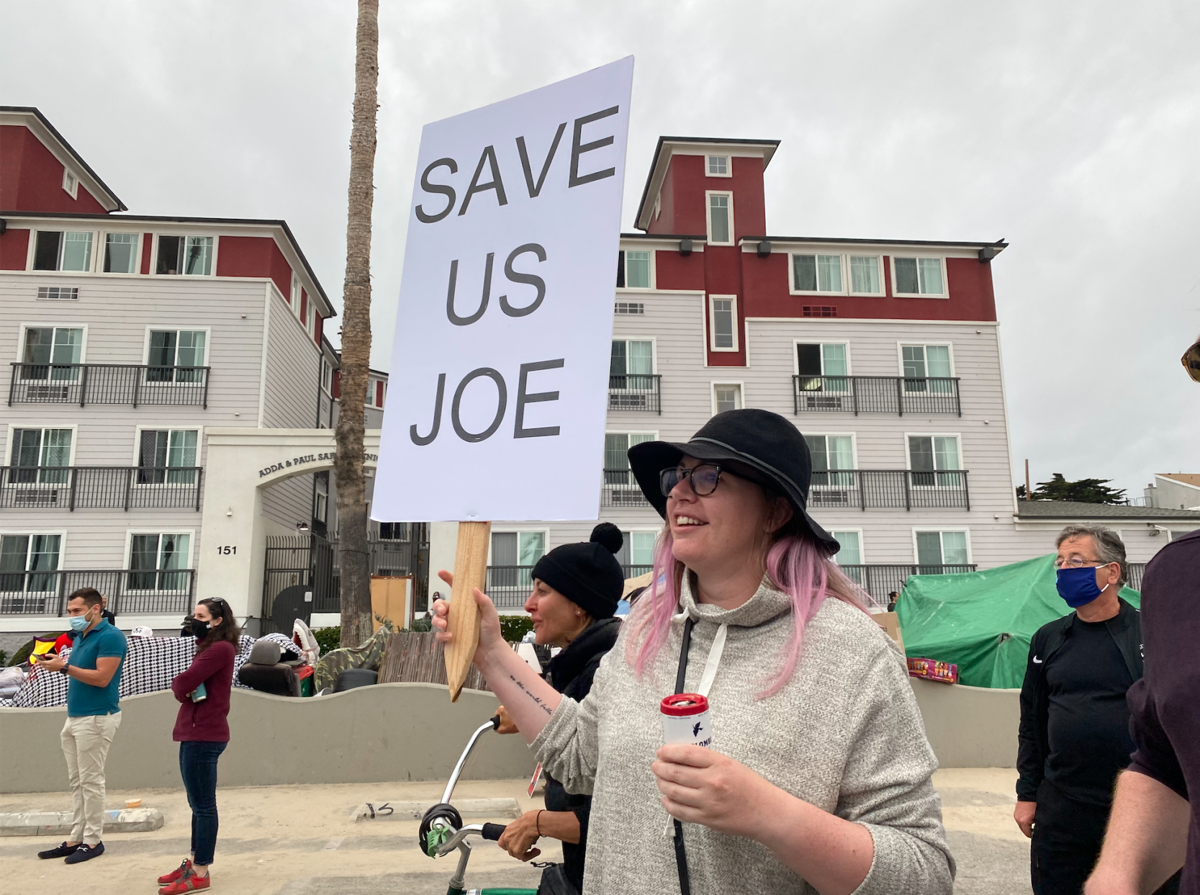 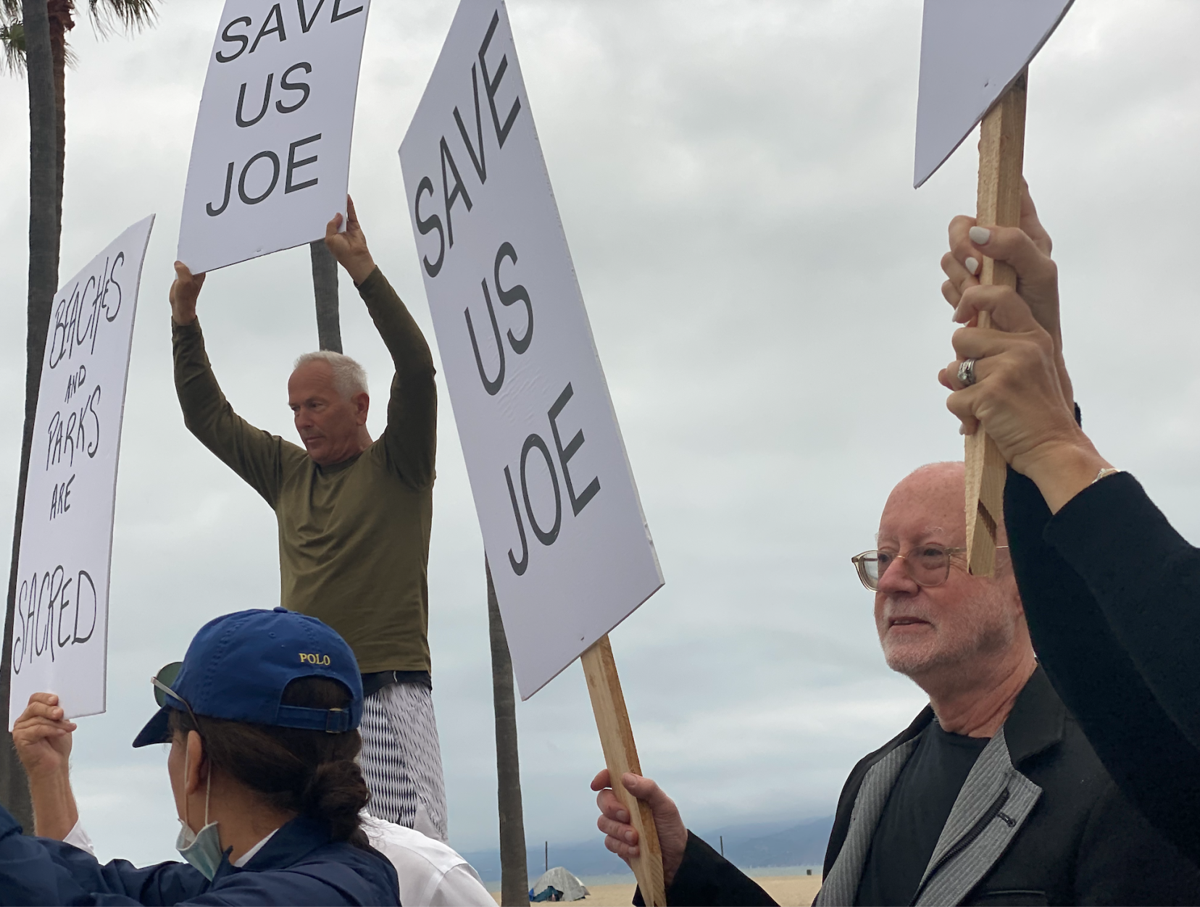 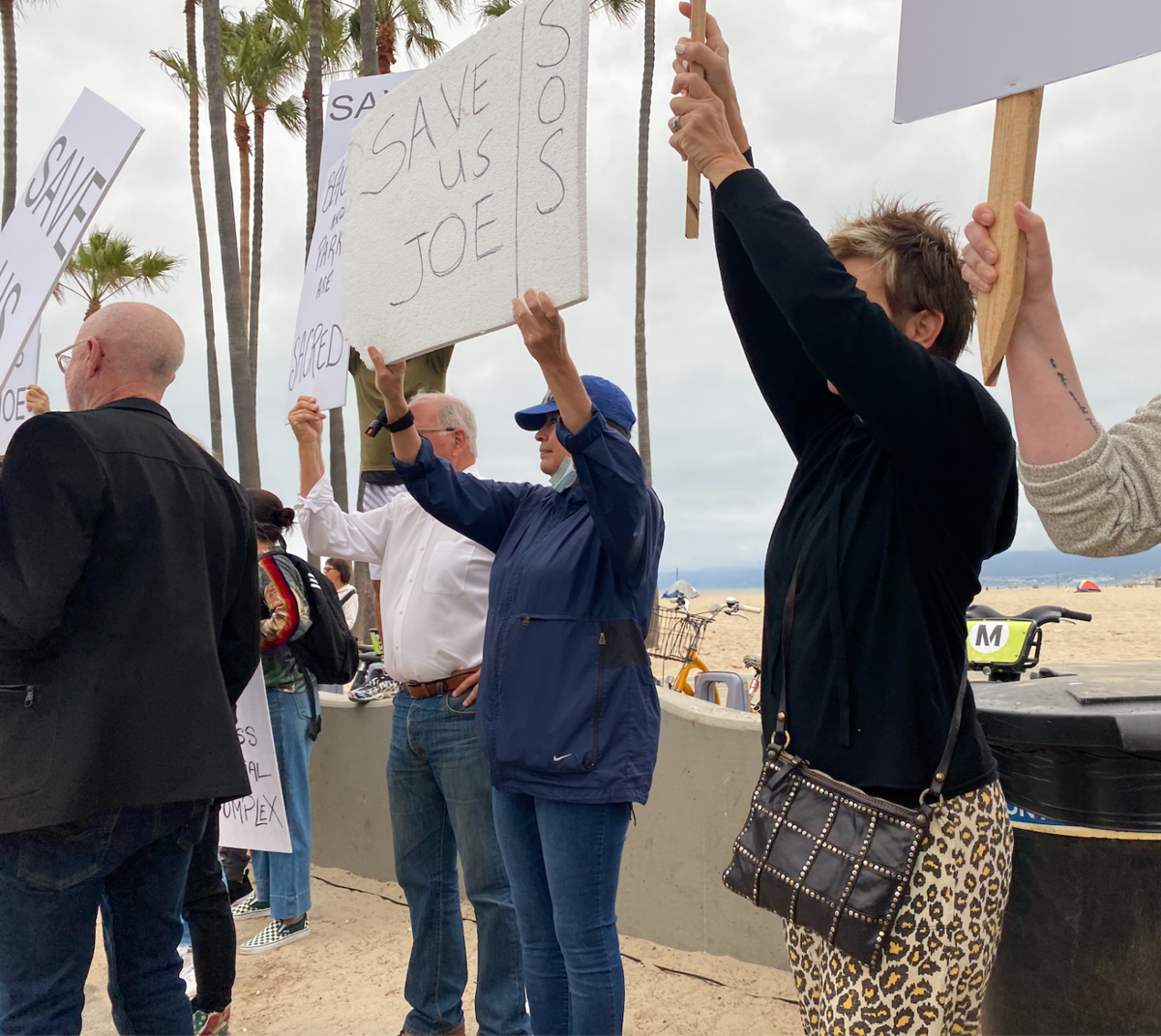 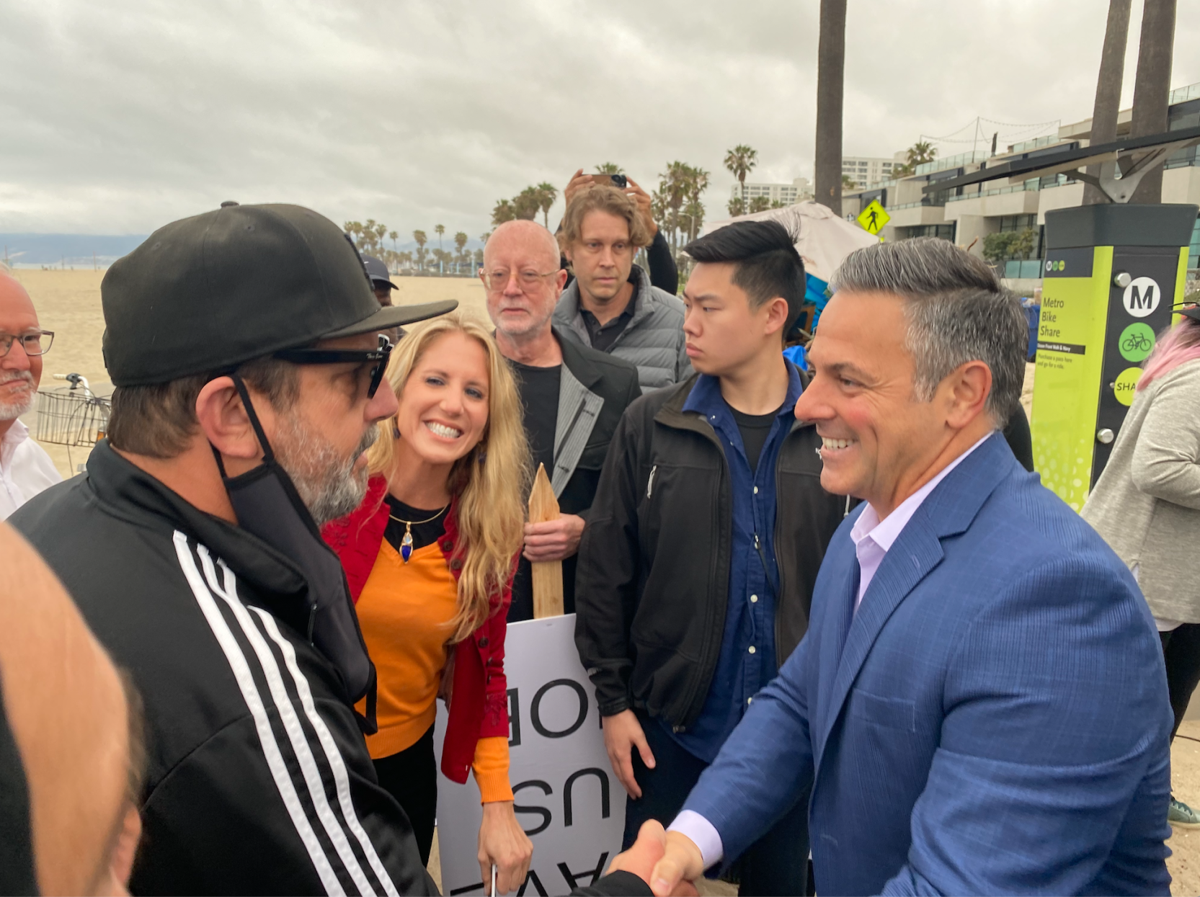 VENICE- Update: 9:00 p.m.- A person experiencing homelessness who was arrested Monday after pulling a knife during a press conference at the Venice Boardwalk has been released on misdemeanor charges.

Police say 19-year-old Alaia Smith, from Washington, was released at 4:30 p.m. Monday on charges of carrying a dagger.

Smith was taken into custody earlier in the day for pulling a knife during a press conference held by Los Angeles City Councilman and mayoral candidate Joe Buscaino.

During the event, Venice resident Nico Ruderman saw Smith with the weapon and yelled 'knife' to the crowd. Ruderman said he saw the woman start circling around him--and then proceeded to go towards the councilmember.

Several people standing nearby say they too witnessed the woman with the knife and were fearful of what she would do with it.

Police Captain Steven Embrich was injured while trying apprehend the woman and remove the knife from her hand. He received minor lacerations to his hand.

A preliminary hearing for Smith has been set for October 4, 2021.

12:12 p.m. A person experiencing homelessness was arrested Monday after pulling a knife during a press conference at the Venice Boardwalk. Los Angeles City Councilman and mayoral candidate Joe Buscaino held the conference announcing his plan to address the city's homelessness crisis.

"I am grateful for my safety, the safety of the public, and the quick action of the Los Angeles Police Department,'' Buscaino said in a statement released after the event. "This is exactly why I was in Venice Beach today, charting a new course for our city, and I am convinced now, more than ever, that bold action is needed to make our city safer for everyone, regardless of housing status.''

Buscaino told the more than 100 people at Monday's event that: "All of us here are in support of regulations that will return the rights of every Angeleno to enjoy our public spaces. Los Angeles residents are sick and tired of being sick and tired they want and deserve better solutions."

Buscaino announced on March 15 his plan to run for mayor in 2022. Buscaino is a former police officer who represents the 15th Council District.

Before presenting his safer Los Angeles plan, Buscaino brought up an attack on a 70-year-old sidewalk performer that took place on Sunday just south of where the conference was held. He also asked the audience to look behind him at the Santa Monica side of the boardwalk and then the Venice side. "One side is common sense; the other side is nonsense," Buscaino said to a cheering crowd.

Buscaino laid out his plan to create a safer L.A., which he said would include building more housing and connecting people experiencing homelessness with temporary housing. Buscaino also said he plans to enforce a ban on encampments in parks, beaches and sidewalks.

``For those who refuse to go into shelters or permanent housing, we must engage every measure available to get them off the streets, and if that means using law enforcement, I support it,'' Buscaino said.

Buscaino also advocated for eliminating the Los Angeles Homeless Services Authority, a joint agency of the city and county of Los Angeles, saying that it ``has failed us.'' The announcement was met with large applause from the crowd.

The suspect with the knife was detained—no word yet on what charges she faces. Police Captain Steve Embrich was slightly injured during an attempt to remove the blade from the suspect.