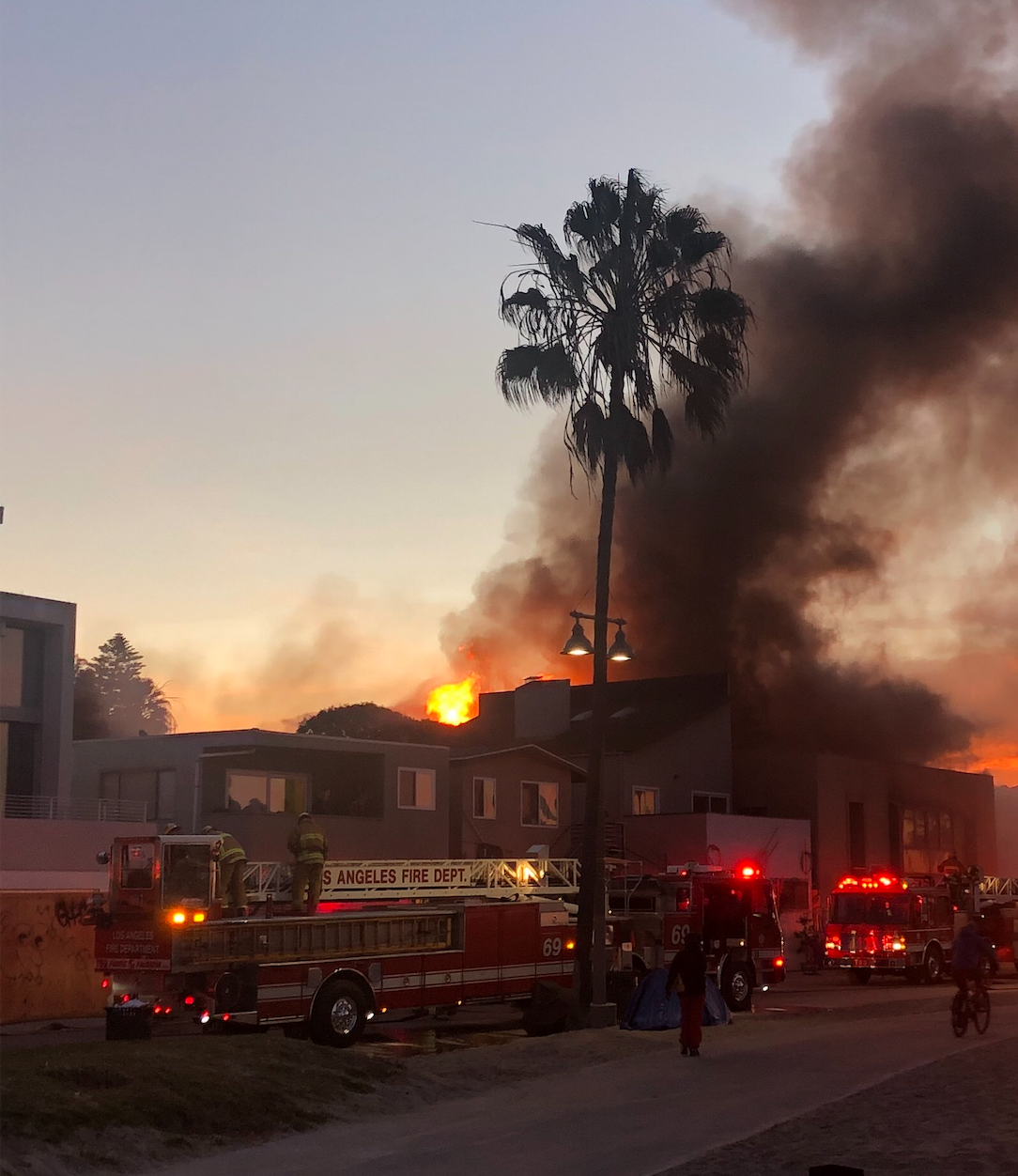 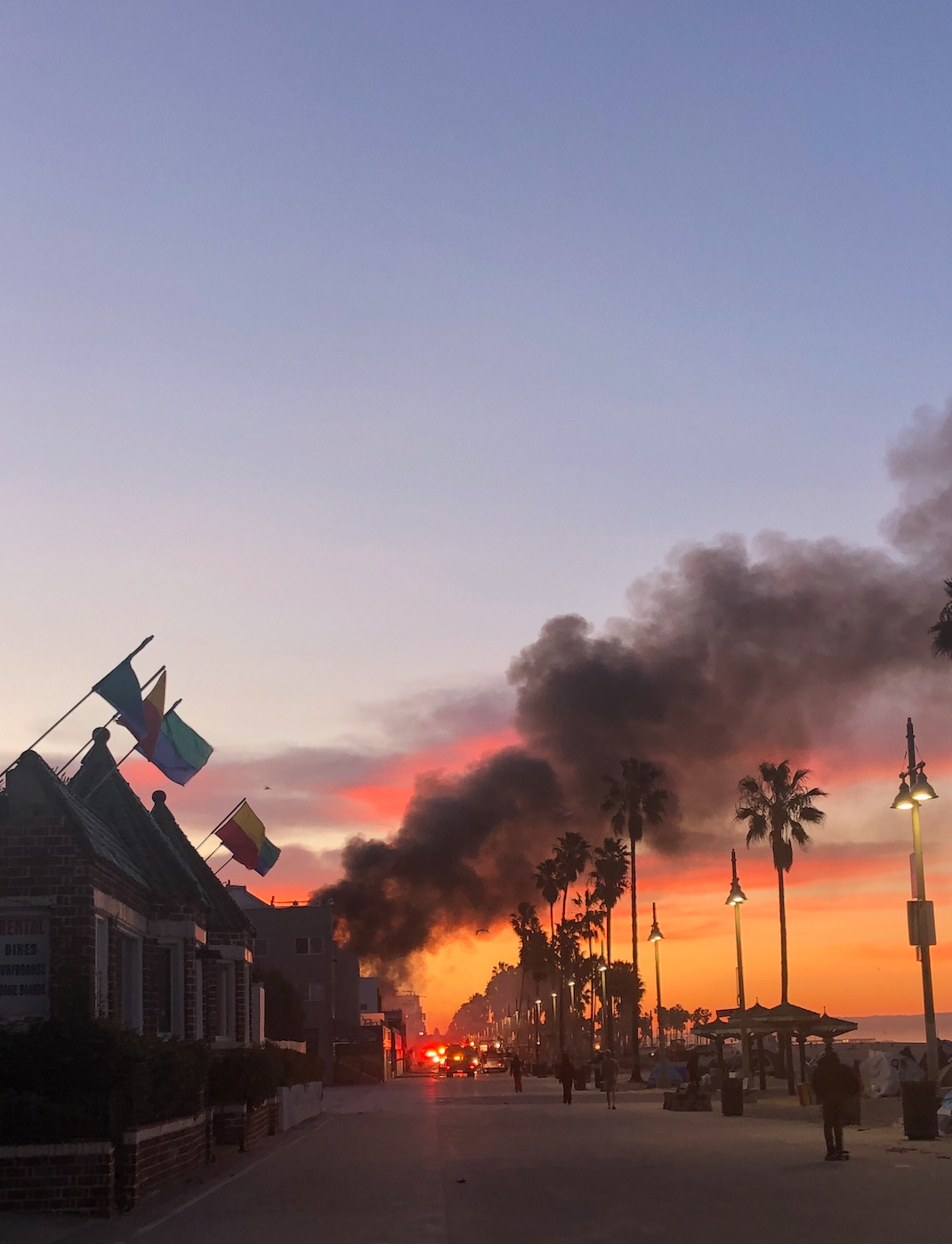 Update: A fire that started at a homeless encampment on Ocean Front Walk and spread to a nearby commercial building has been put out, according to the Los Angeles Fire Department (LAFD).

It took 116 firefighters 2 hours and 17 minutes in a largely defensive firefighting operation to extinguish the flames.

A 68-year-old 7,000 square foot commercial building that was vacant was heavily damaged and is now unstable, according to LAFD.

Crews say the fire started at a homeless encampment on the south side of the building.

Two nearby buildings were briefly threatened, according to firefighters.

No injuries have been reported.

LAFD investigators are on scene. This is an active investigation, according to LAFD.

Update: 7:50 a.m. The Los Angeles Fire Department continues to battle an early morning fire that has destroyed at least on commercial building on Ocean Front Walk.

Firefighters say the fire started in a homeless encampment that spread to 723 Ocean Front Walk.

116 LAFD personnel are on scene battling the fire.

The building is a 6,952 square-foot residential over commercial structure that was built in built 1953.

Update: 7:26 The Los Angeles Fire Department continues to battle an early morning fire that has destroyed at least on commercial building on Ocean Front Walk.

At least 108 LAFD members are on scene at the fire located at 800 S. Ocean Front Walk. Crews say the fire started outside at a homeless encampment that extended into the on story commercial building now heavily involved with fire threatening two buildings nearby.

No injures have been reported at this time.

Firefighters are battling an early morning blaze at a commercial building at 800 S. Ocean Front Walk with flames that have broken through the roof, according to the Los Angeles Fire Department.

A witness on scene said the fire started in an encampment and spread to the building.

Crews on the scene are working to put the fire out--and to make sure the fire doesn't spread to other buildings on the boardwalk.

This is a developing story.