VENICE- The hotel that housed residents from the Penmar encampment and is used by Saint Joseph's Center for Project Roomkey signed an agreement with the U.S. Attorney's Office to resolve investigations linked to the Americans with Disabilities Act. 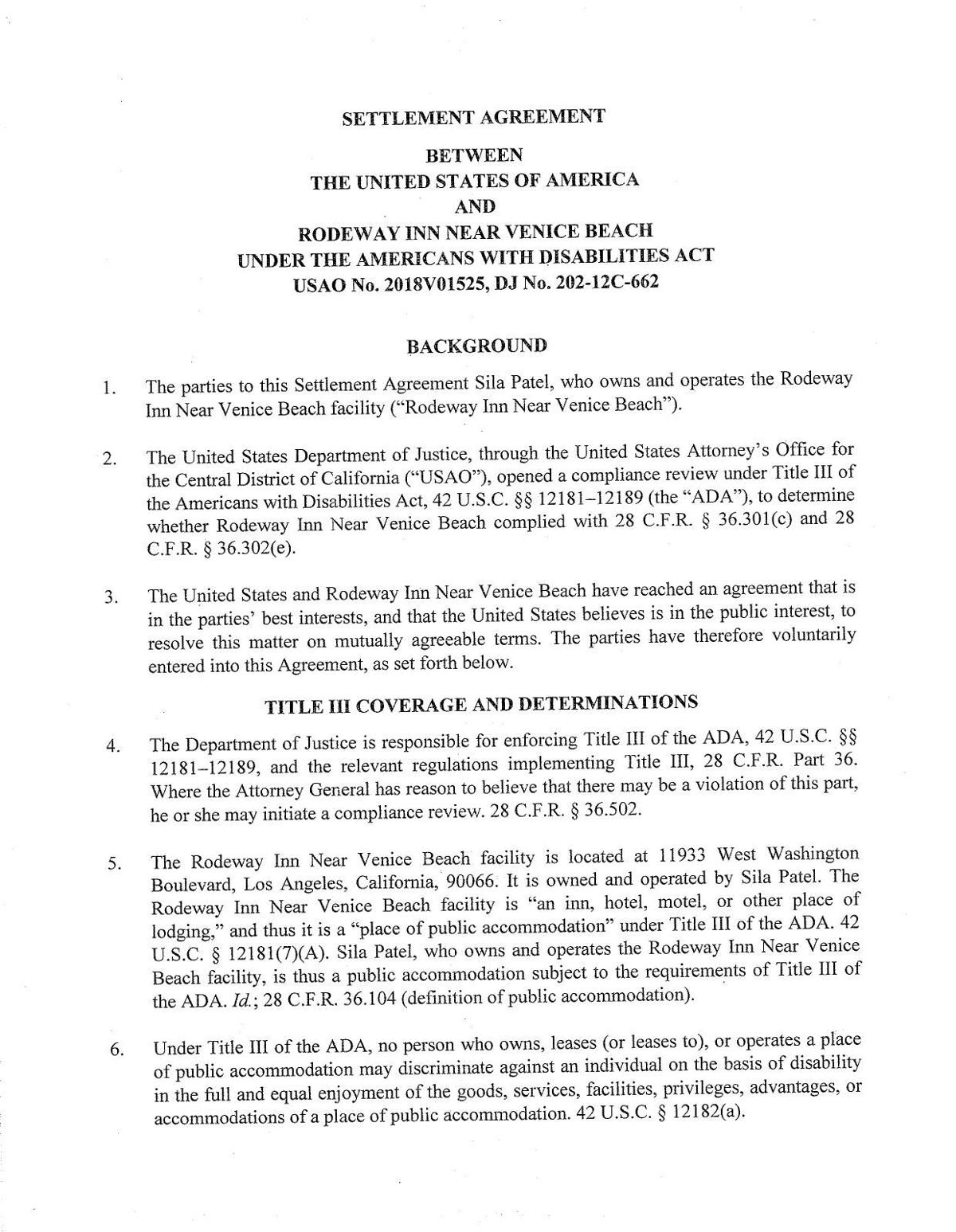 The Rodeway Inn, located at 11933 West Washington Boulevard, signed its agreement with the US Attorney's Office on July 13, 2020, during the same time the hotel was being used by Saint Joseph's Center for taxpayer funded rapid rehousing and project roomkey programs and just a few months prior to Councilmember Mike Bonin's Encampment to Home Program.

Last year, when the COVID-19 pandemic started, local officials scrambled to rent hotels for homeless people who had been identified as especially vulnerable because of their age or medical conditions under Project Roomkey.

'It has been a Warzone’: Penmar Encampment to Home Shakes Mar Vista Community

MAR VISTA -The people who live in a certain quiet, quaint neighborhood in Mar Vista say that…

The unhoused Penmar residents were relocated to the Rodeway Inn last October.  The Los Angeles Homeless Services Authority (LAHSA) and St. Joseph's Center led the efforts. Costs for the two-month program totalled more than $200,000 for [just] room and board. The program only lasted  until early January because of significant issues the Penmar group had with the community.

The settlement came after federal investigations into more than 27 hotels in Southern California revealed non-compliance with various provisions of the ADA pertaining to "public accommodations,'' the hotels agreed to remedy the violations, with some agreeing to stop the illegal practice of charging more for accessible rooms -- a ``disability tax'' of up to $25 when compared to similar non-accessible rooms.

According to ADA settlement documents, the Rodeway Inn reservation website did not allow individuals with disabilities to reserve guest rooms with accessible features. The document also shows that only one room in the hotel had accessible mobility features required under ADA laws.

Other hotels that have entered into settlement agreements are:

"It is unfair and illegal for private entities that own or operate public accommodations such as hotels to discriminate against people with disabilities,'' said Acting U.S. Attorney Tracy L. Wilkison. "I commend the hotels in this district that have demonstrated their commitment to ensuring full access for persons with disabilities by cooperating in our investigations and by agreeing to comply with the ADA.''