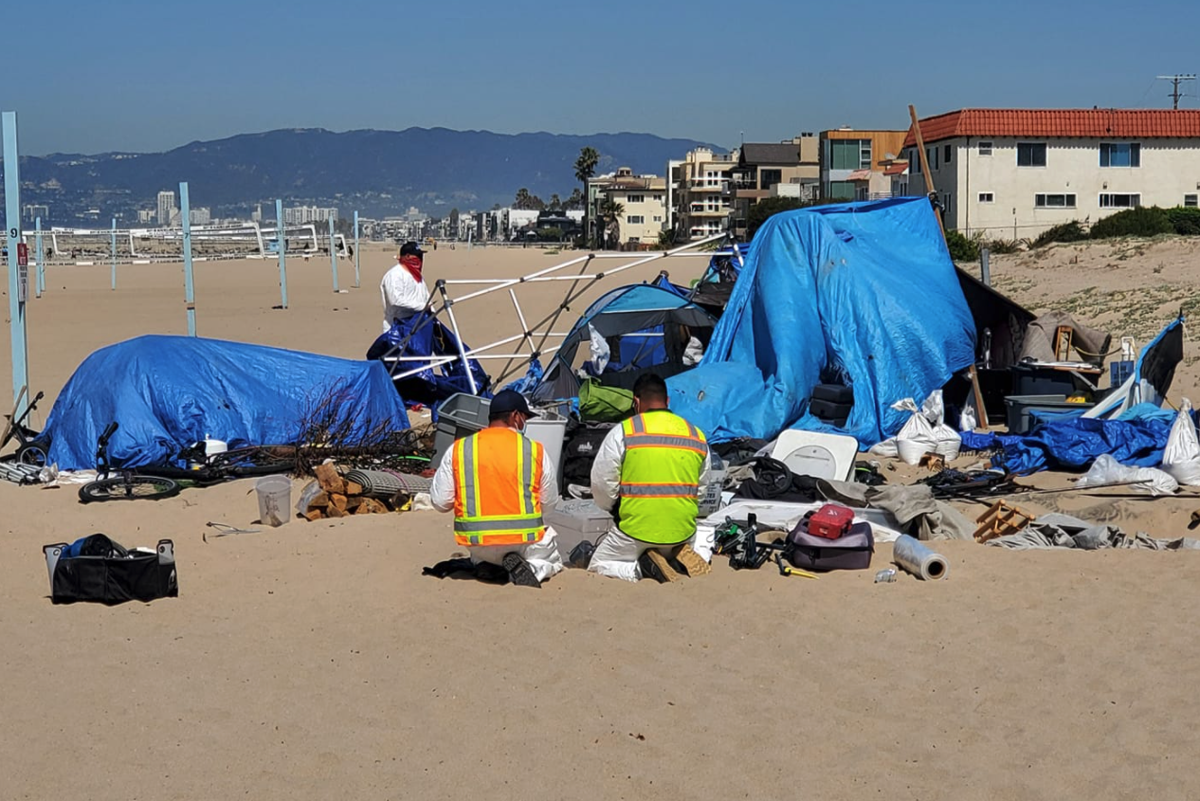 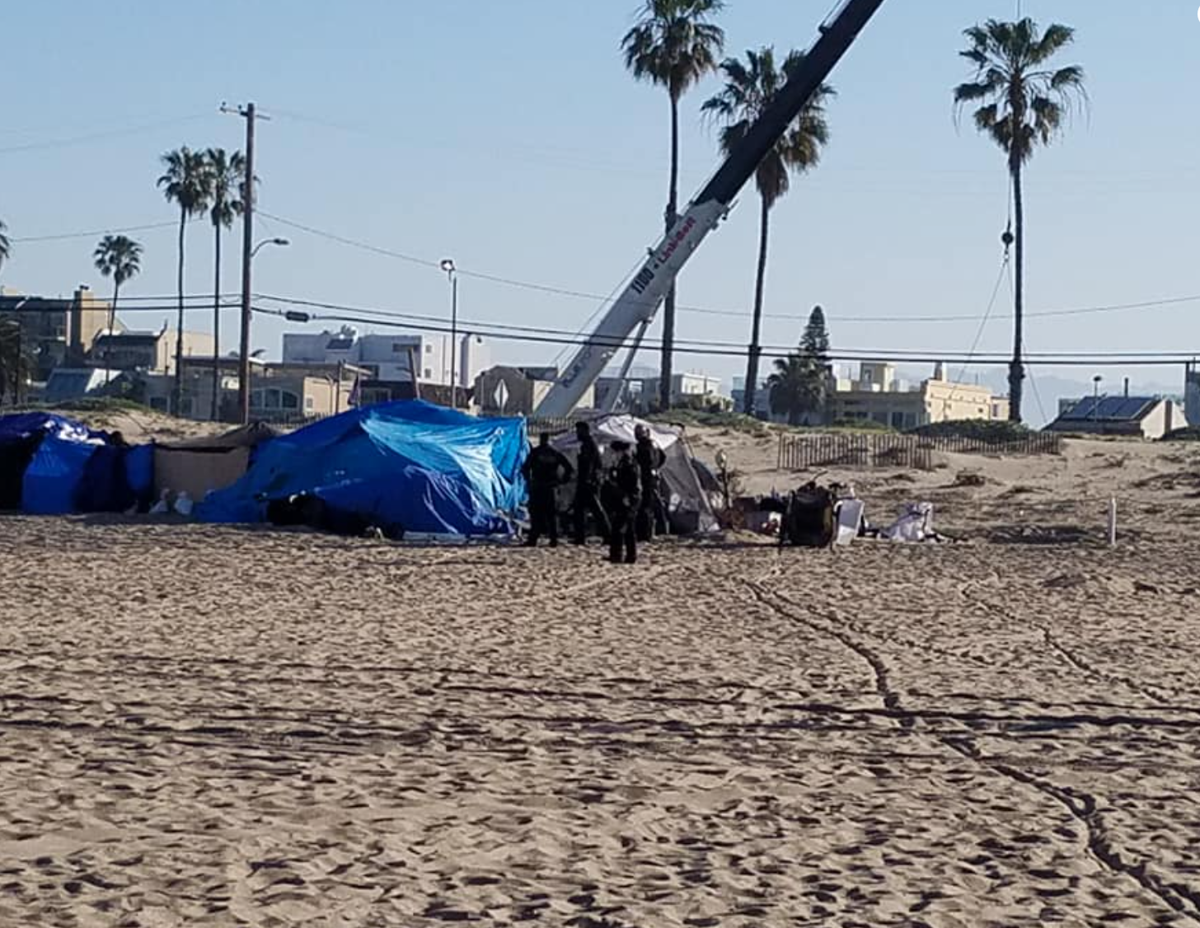 The first cleanup was on Jefferson Boulevard, the Ballona Wetlands fire location that destroyed five acres. According to the Los Angeles Fire Department, the fire's original call came in as a "trash fire." Fire officials at the wetlands said they could not access a fire hydrant during the emergency due to a camper parked near it.

Residents weighing in on the cleanups said: "Be nice if they started enforcing parking regulations posted on the signs there. I used to love to take my kids to that pond."

Crews were also on hand today at a growing encampment on the beach. Area residents said the encampment had been in the area before COVID -19. A protest demonstration was set for this Sunday. Residents say they notified Councilman Mike Bonin about the protest.