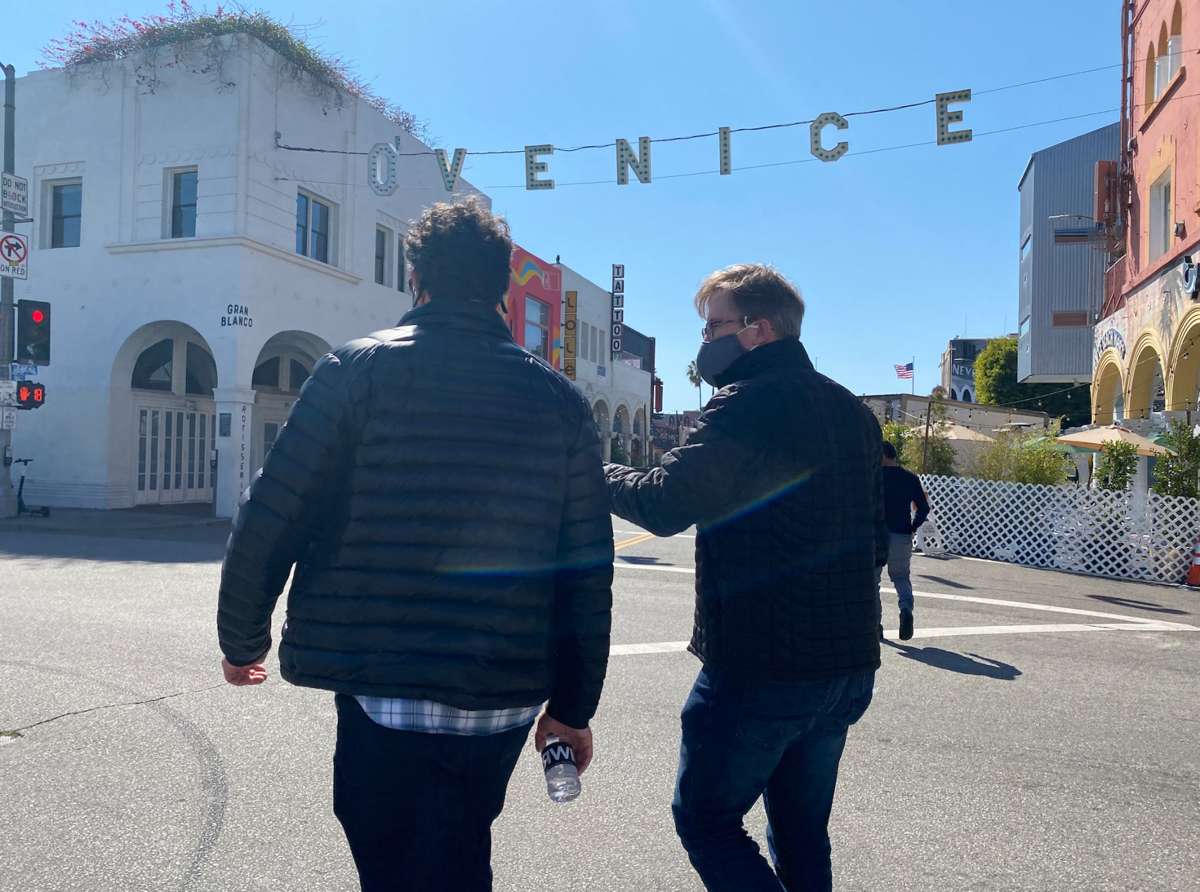 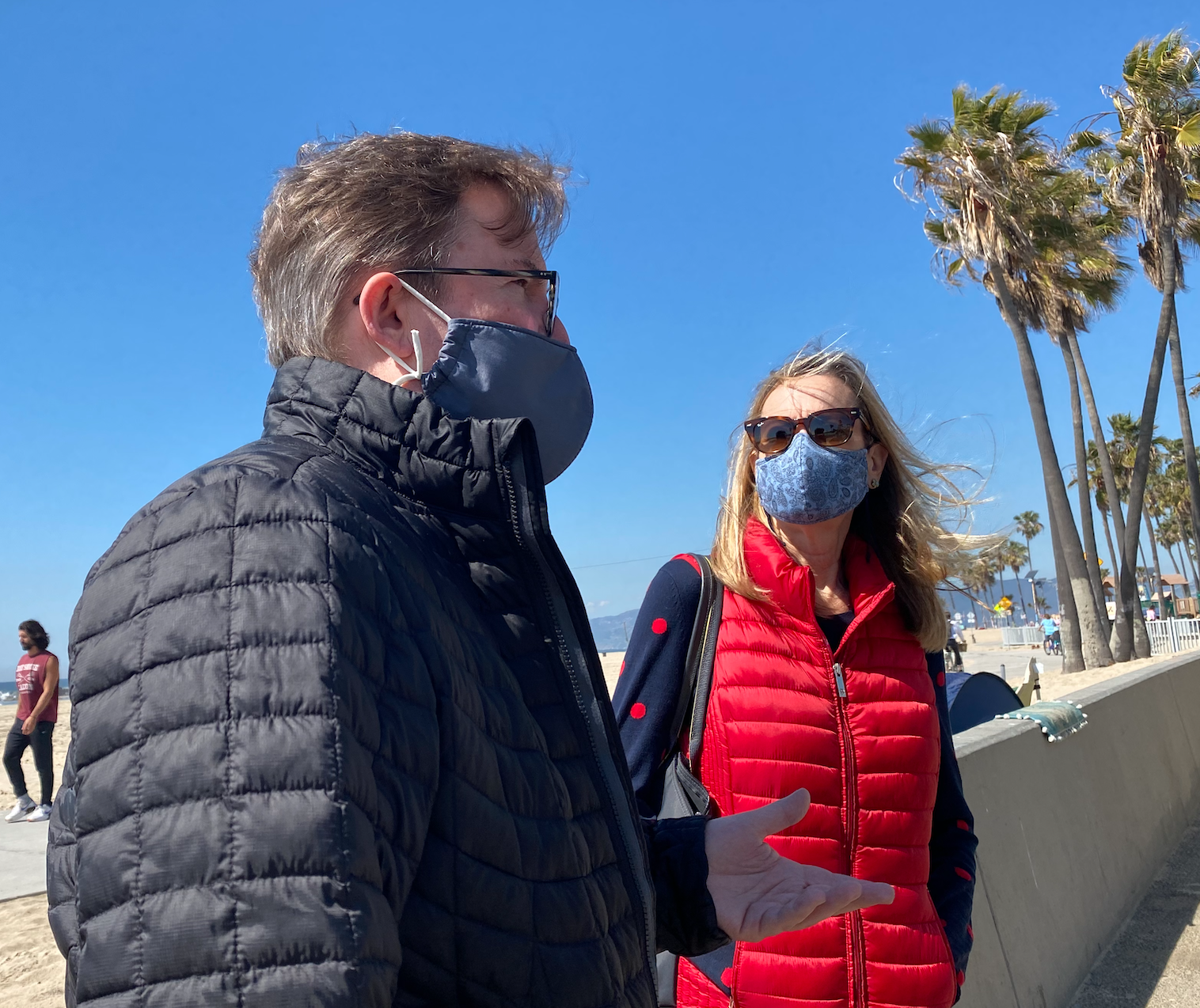 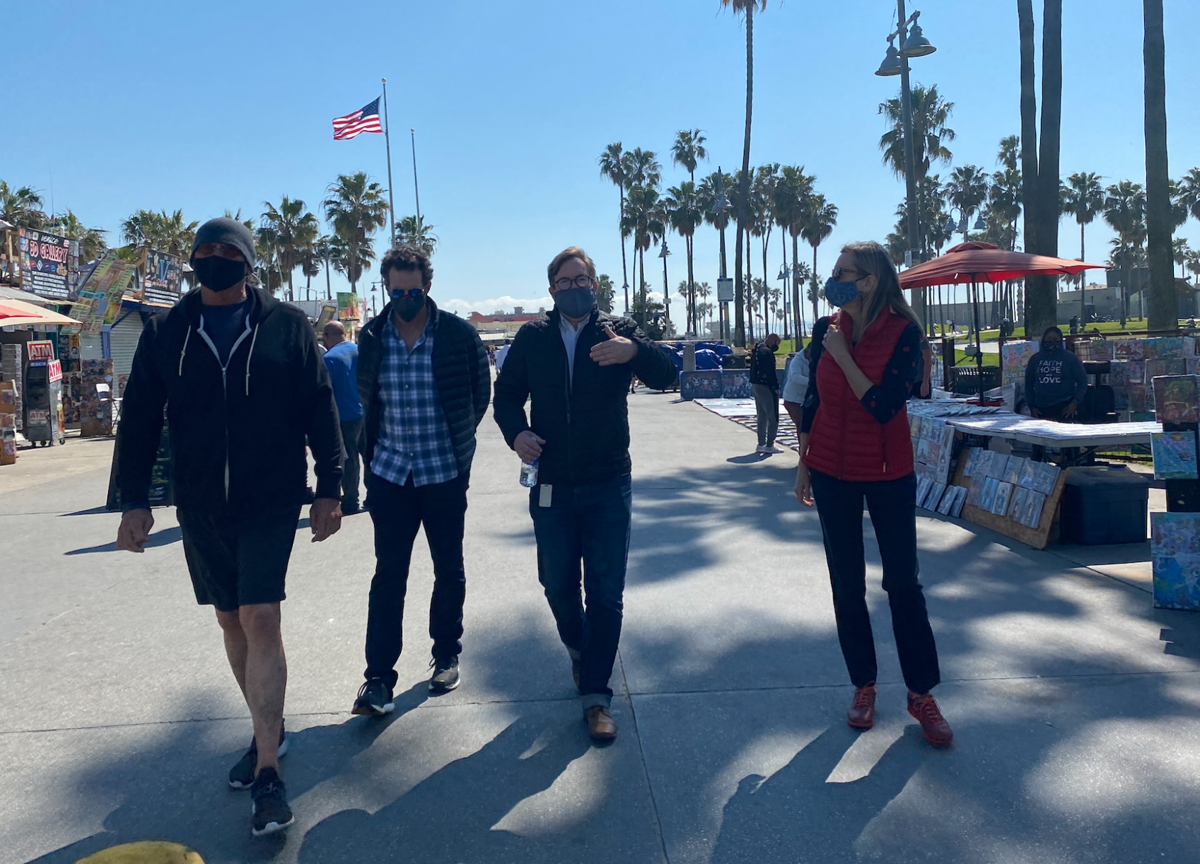 Kevin James walks on Venice Boardwalk during tour on Thursday 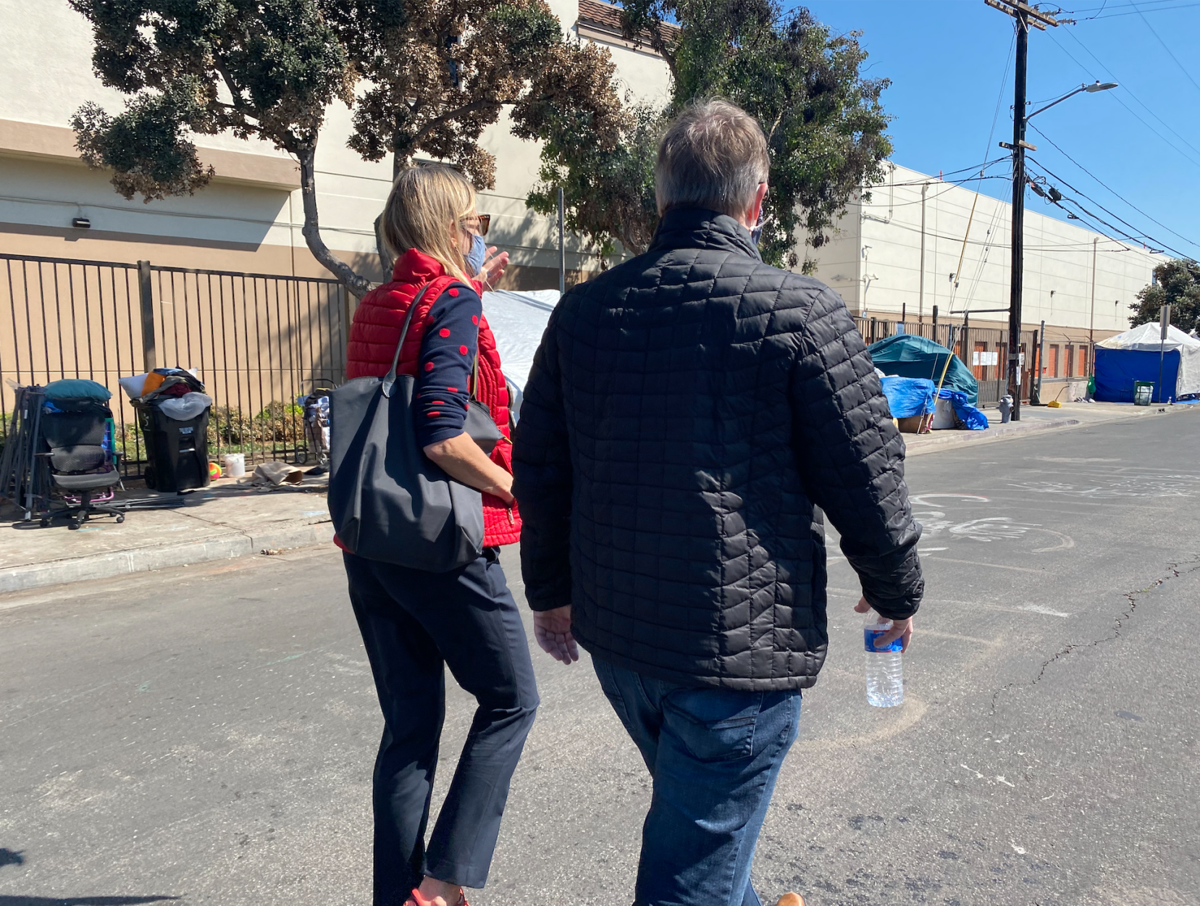 VENICE - It's been said there needs to be a paradigm shift in the City's thinking to change the growing homeless crisis. That shift could come with Kevin James, a candidate in the race to be the top lawyer in Los Angeles. For starters, James says he won't settle homeless-related lawsuits and plans to hold neighboring communities like Santa Monica and Culver City accountable for sharing the burden of the [homeless] crises.

James is looking to succeed termed-out City Attorney Mike Feuer. He is one of four candidates vying for the job. During his visit to Venice on Thursday, James talked about the growing homeless crisis, rising crime and what felt like solution-based ideas.

As Venice residents know, the community is currently fighting two crises: a global pandemic and a local homeless crisis. James said he knew this, but "seeing it was different."

Accompanied by residents and business owners, James spent more than three hours walking through different parts of Venice. The group started at Windward Circle, walked down the Boardwalk to Rose Avenue, toured 3rd Avenue and visited the Bridge Home SEC Zone before making their way back up Main Street.

During his stroll on the boardwalk, James took note of handball courts now used as homeless storage, countless tents --and the evident deteriorating conditions of a once vibrant California destination. James also noted ADA violations, fire code safety and sanitation issues, and at one point, stopped to show the group that the edges of sidewalks were smoothed out so that wheelchairs could easily navigate them. He noted that he worked on that project with the L.A. Department of  Public Works."Why did we do all this [ADA violation remediation] work if wheelchairs can't use them [the sidewalks]?"

James also commented on the stark contrast between the Venice and Santa Monica boardwalks.  Although James did not directly criticize Feuer, he repeatedly pointed out what he would do differently, including not settling homeless-related lawsuits and holding neighboring communities accountable for sharing the burden of the crises.

James said: "At a time when every neighborhood is affected by the affordable housing and homelessness crises, when the ravages of the COVID-19 pandemic have severely hurt the health and livelihood of countless Angelenos, when the City budget is burdened by the pandemic and by multi-million dollar settlements and when City Hall must restore the public's trust, we need our City Attorney to be a problem-solver who will take strong action on behalf of the people of Los Angeles."

James says that if he’s voted in, the two things he will consider when homeless-related suits are brought against the City are to make sure that neighboring cities are brought to the table and that they agree to be bound by any actions taken by the City of Los Angeles.

He says that by fighting instead of settling these cases, neighboring cities are held accountable, which must happen if Los Angeles is going to work its way out of its homelessness crisis.

James says that his approach to homeless-related lawsuits will give neighboring cities the same incentive Los Angeles has to build more affordable housing and shelters with services. "It will also prevent the shuffling of the unhoused population into L.A. from their communities."

James also talked about public safety, police reform and criminal justice reform on Thursday. He has stated on his campaign website that he wants to work to bring LAPD officers closer to the communities they serve and promote public safety partnerships. He also said that he values giving families more opportunities to interact with LAPD officers in a non-enforcement environment, calling for "building relationships and trust that enhance police-community relations."

James has more than 20 years of legal experience as an Assistant U.S. Attorney and litigator. He has also served for seven years as President of the City of Los Angeles Board of Public Works. In that role, he has marshaled five city departments to respond to homelessness, build electric-vehicle infrastructure, protect water quality, implement the historic raise in L.A.'s minimum wage and provide critical city services without interruption throughout the pandemic.

Since last summer, James has also served as Chief of Legislative Affairs, charged with working on police reform, COVID response funding, labor issues and homelessness during the pandemic.

During his seven-year tenure on the Board of Public Works, he was involved in the deployment of new technologies at each of the departments under its purview to improve the delivery of essential city services, including street repairs, street lighting, enforcing the City's minimum wage laws, conducting the City's first tree inventory, awarding Green Business Certifications and modernizing the City's Public Way Reservation System.

The City Attorneys primary elections are June 2022. Whoever the candidate, a lot is on the line for Venice and the entire Council District.