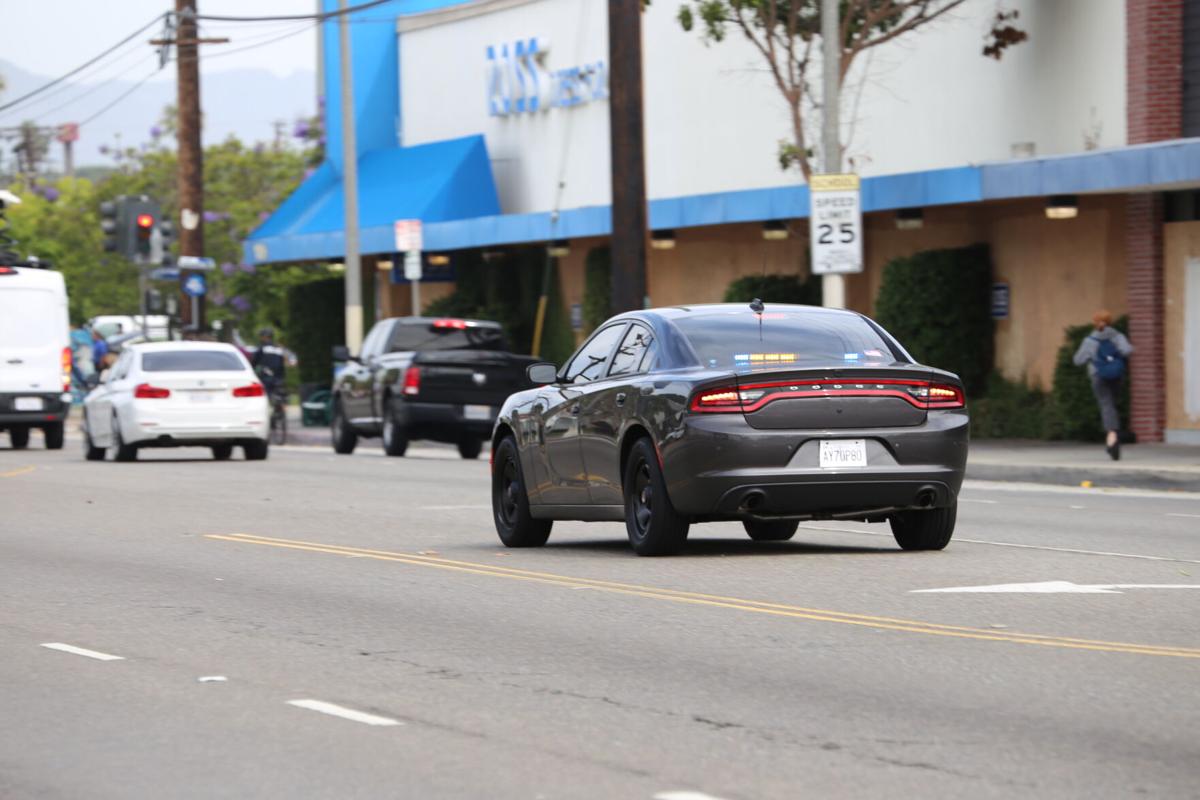 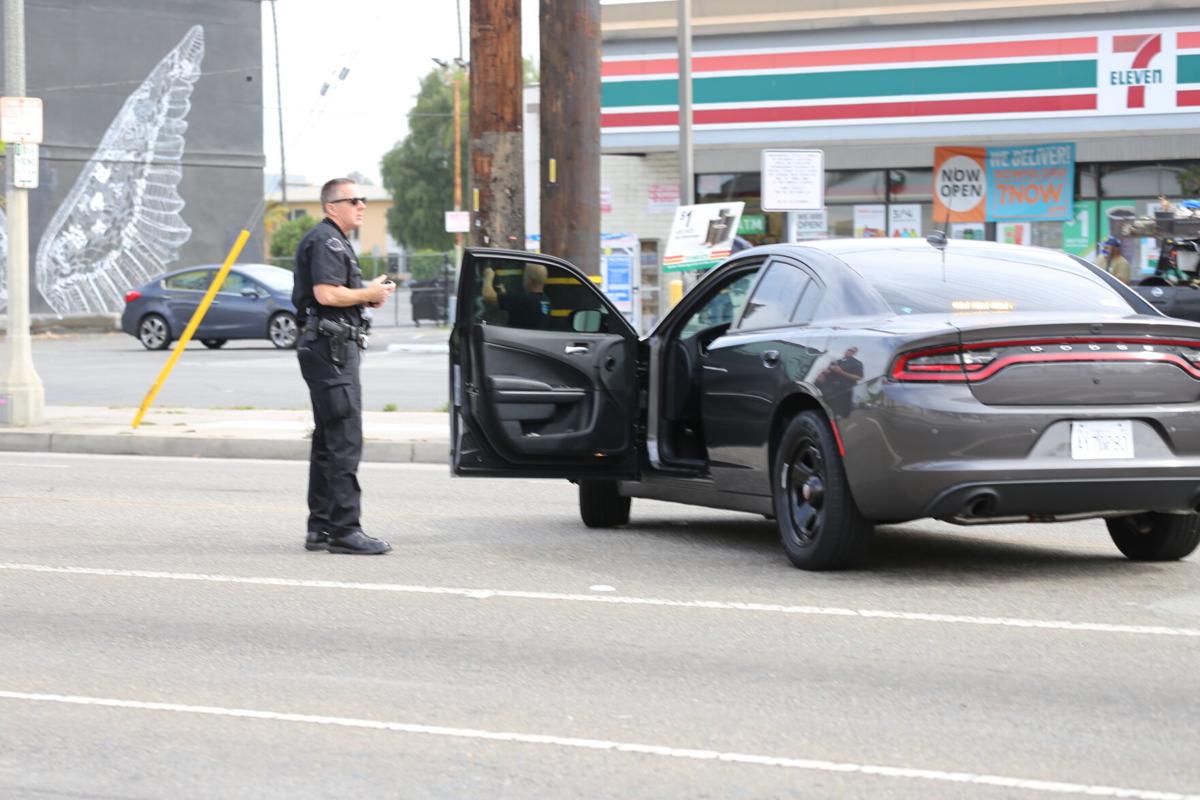 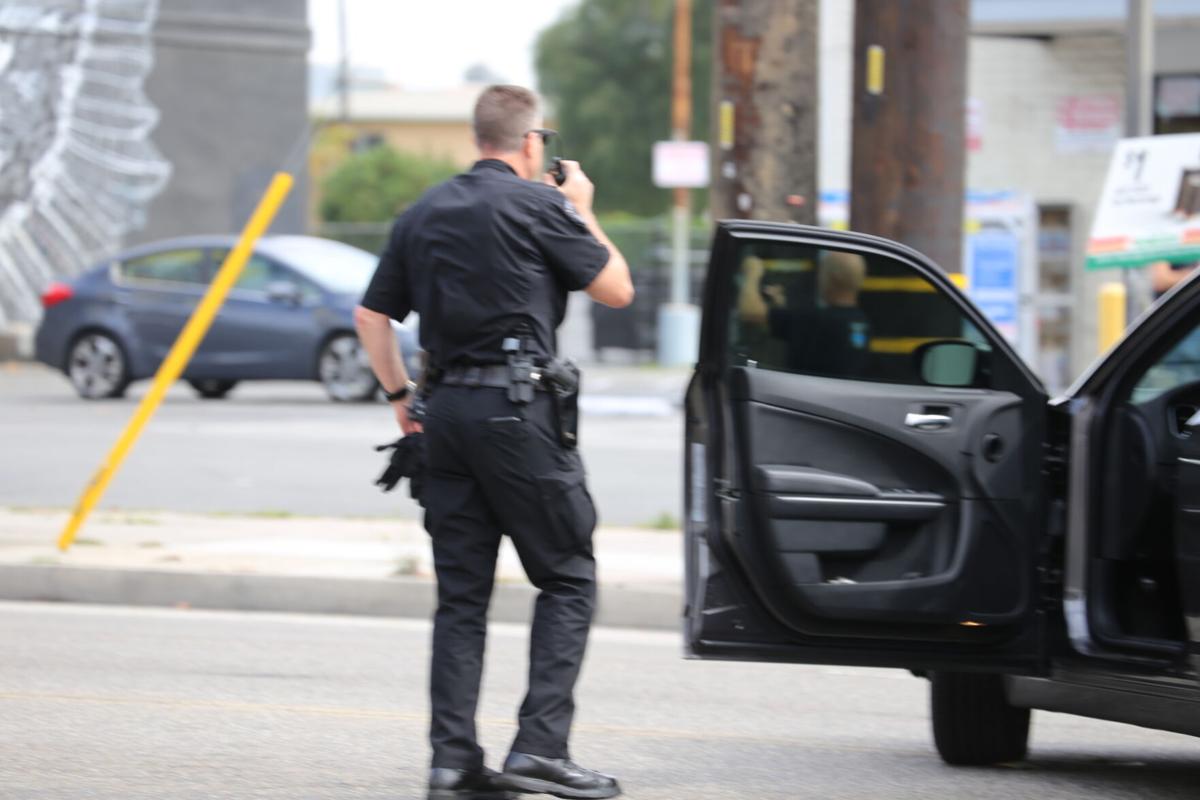 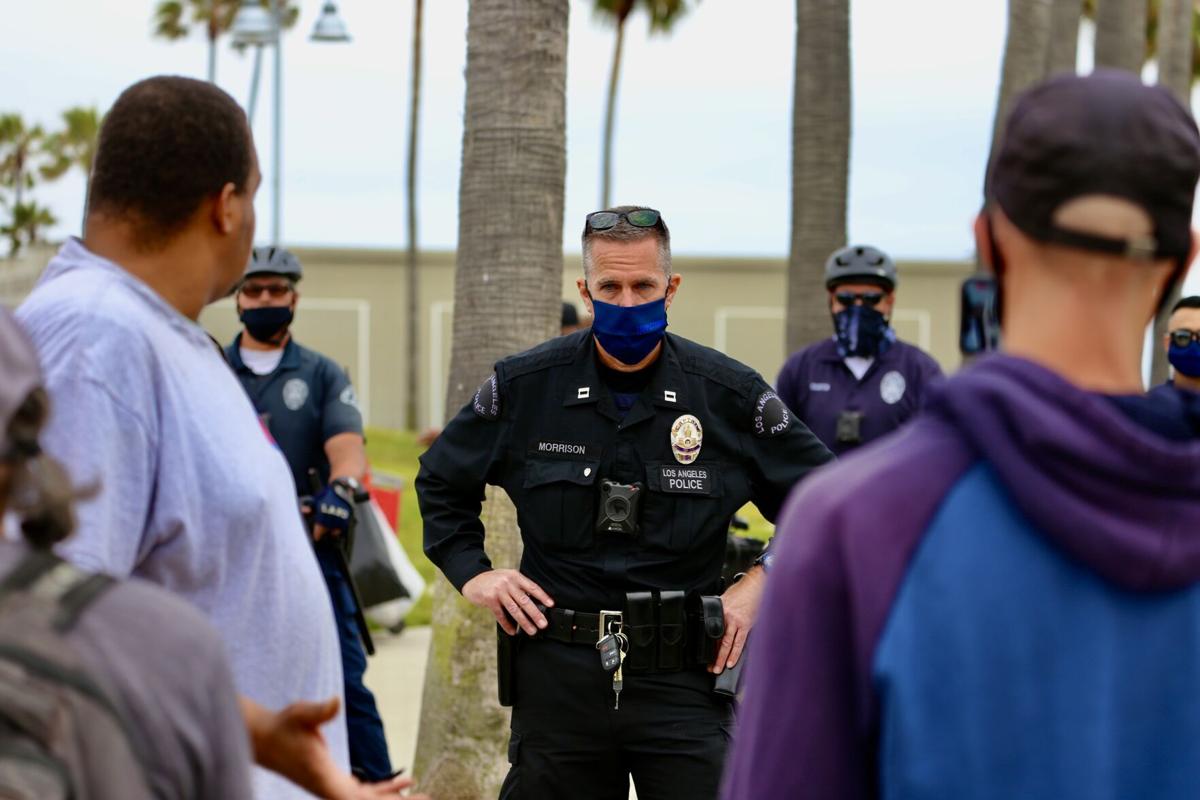 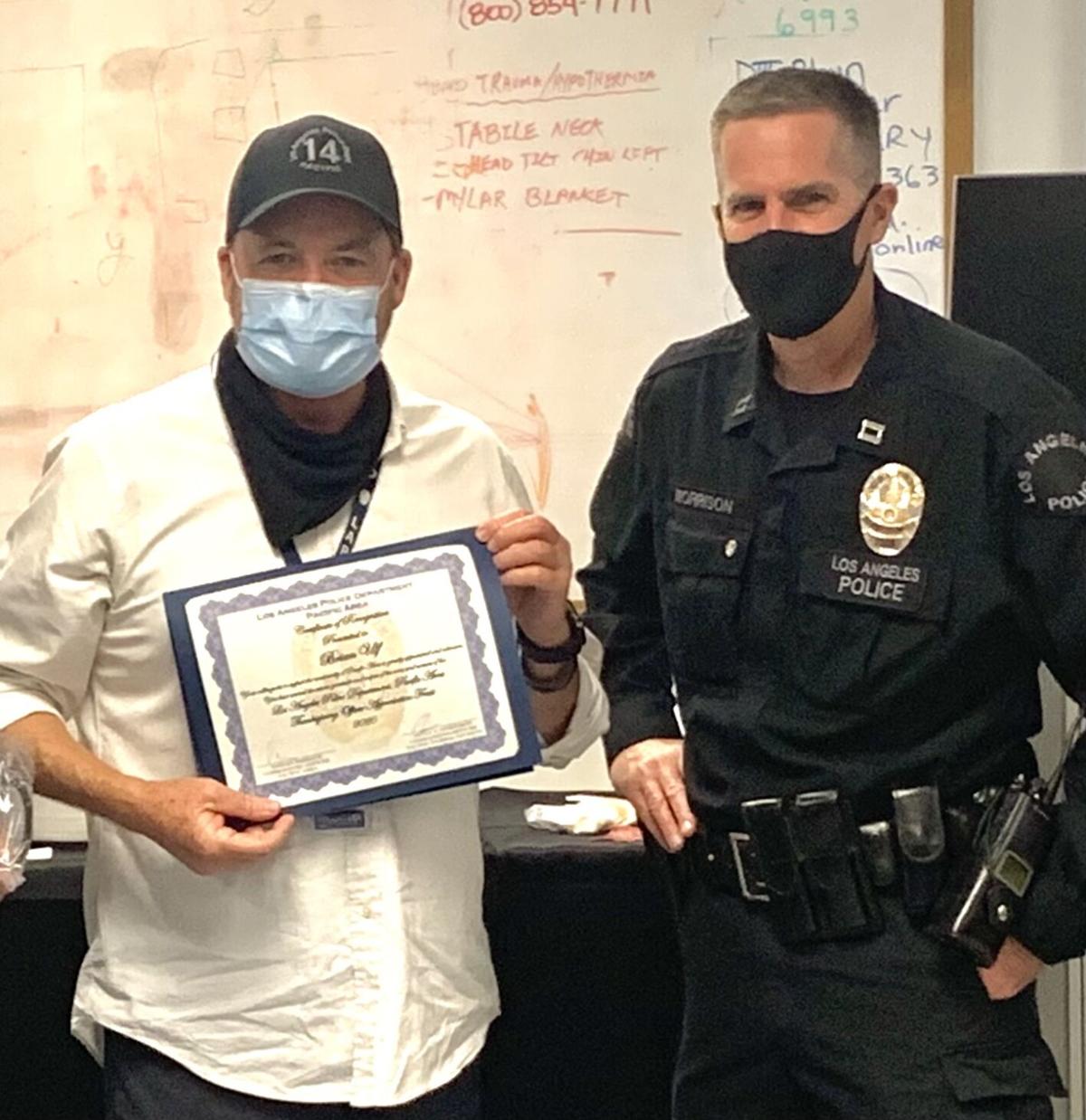 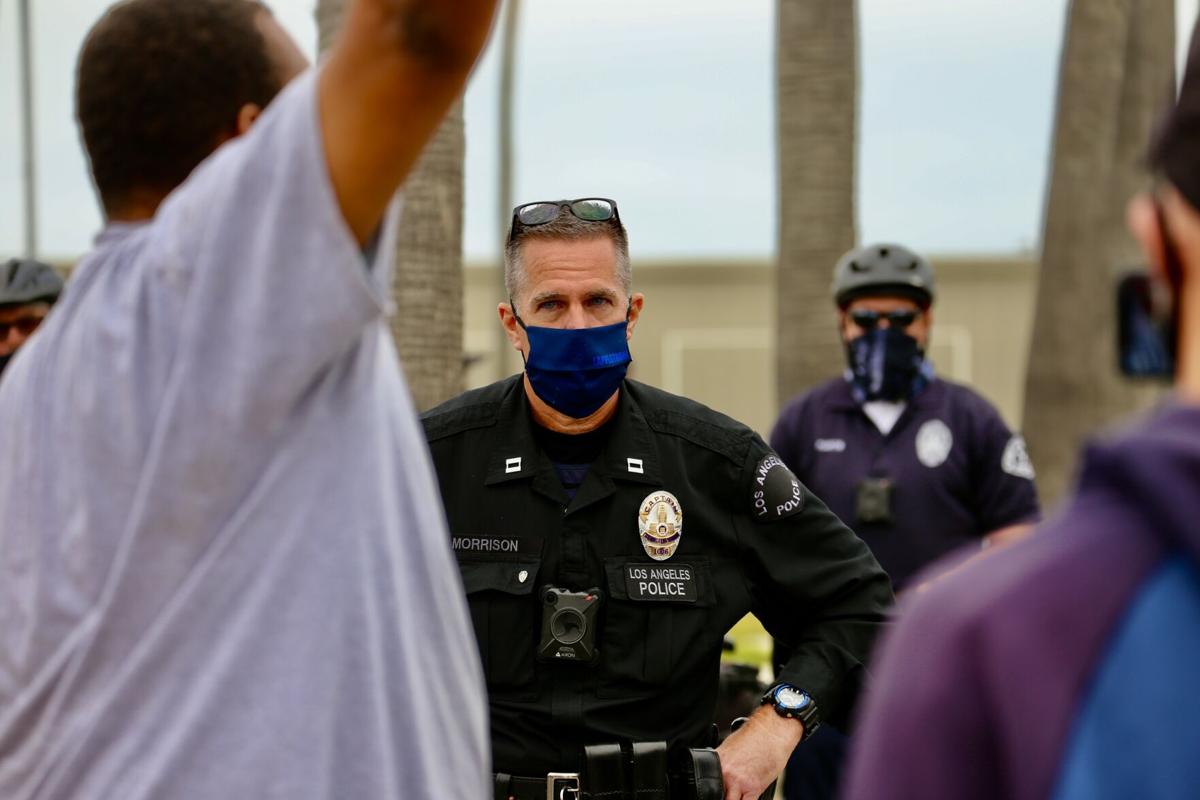 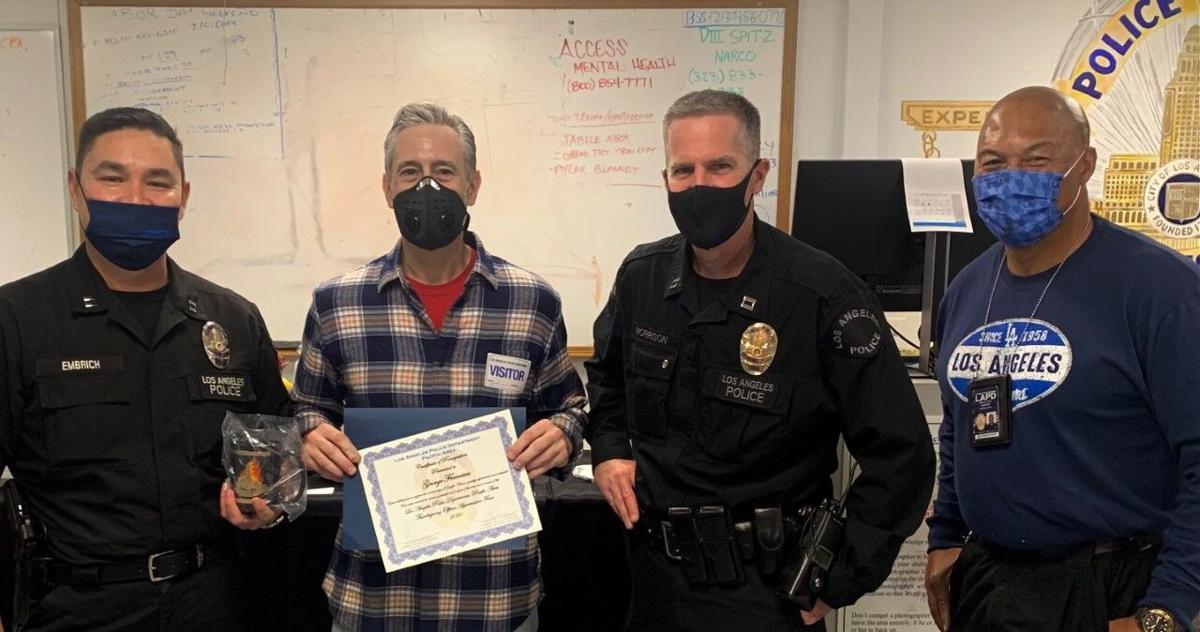 PACIFIC DIVISION -If there is one thing certain about Captain Brian Morrison's time in Venice, he's a better cop—and Venice is a better community—because of his leadership.

Morrison recently finished a two-and-a-half-year run as patrol captain for the Pacific Division of the Los Angeles Police Department.  He received a promotion that has him moving on and up through the ranks. Morrison has been assigned to the LAPD Emergency Service Division. His duties will include overseeing the Hazardous Devices and Materials Section (Bomb Squad and Haz Mat), LAX Bomb Detection K9 Unit and Emergency Management.

Morrison, a third-generation police officer, initially set out to become a prosecuting attorney, but adrenaline would put him on the same path as his father and grandfather, who both wore the LAPD uniform before he did.

"My grandfather was a career Navy veteran who served in World War II–and later became a deputy court warden for the Port of Los Angeles," says Morrison. His father served in the LAPD between 1956 and 1995, retiring one year after his Morrison joined the force.

Morrison recalls the conversation he had with his father after taking the written police exam to get onto the force: "I asked my dad what I needed for the oral [police exam]. He asked, ‘What did you do?’ I took the [written] test and passed it," Morrison recalls.

Morrison has worked various assignments prior to being assigned to Pacific Division including “earning his stripes”  in Patrol and CRASH. Morrison was also an Academy Firearms Instructor, a Field Training Officer and Senior Lead Officer.

In 2002, Morrison was promoted to Sergeant and worked Patrol, Vice, and Metropolitan Division.  In 2013, he made the jump to Lieutenant and worked as a Watch Commander, Violent Crime Task Force and Gang Impact Team Officer-in-Charge and Bureau Gang Coordinator.

In December of 2018 Morrison was promoted to Captain and assigned to Pacific Patrol Division, where he provided oversight for Patrol and Beach Operations.

Although his law-enforcement background made him a good fit for the job in Pacific, so did his younger years as a self-professed "skate punk from the Eighties." He explains: "I identify with a lot of the culture that is Venice. My Venice roots date back to listening to and skating to Suicidal Tendencies," describes Morrison of his early years in training.

"If you turned the clock back five years, you would have pockets of homelessness, but a lot of times, they were free-spirited hippies," says Morrison in describing what has changed. "A lot of the crimes back then were [committed by] gangs looking to fight.”

The LAPD would eventually get their arms around the local gang activity, and Venice started to flourish. But Morrison says that began to change again with the growing number of homeless—and new forms of criminal activity.

“It's overwhelming in Venice right now. Five years ago, you knew names and how many homeless people were living on the streets. Now you see encampments on Third and on the Boardwalk that are spilling over. It’s too much."

The crimes have also changed. "We've had a shift in seeing a lot of narcotics and career criminals preying on the homeless. When as a police [officer] you are responsible for a reduction in fear and crime, that is an overwhelming task because we are challenged and limited by what we can and can't do."

Besides crime-fighting, a major undertaking of Morrison while in the Pacific Division was the development of a safe driving plan in collaboration with the Pacific Beach Officers and LA County Lifeguards—which to date is its only course of its kind in California approved by the California Peace Officers Standards and Training.

This initiative was prompted by a 2019 incident in which a 36-year-old was run over by police while lying next to the Venice Pier. That incident would lead to revitalizing beach patrols and creating the safety plan that took a year and a lot of effort by Morrison and the team to deploy.

"The plan included a lot of research on how to safely drive on the sand—things like checking for blind spots and different angles."

COVID-19 also proved to be a significant challenge for Morrison while serving the Westside. "We were under intense pressure and scrutiny to maintain a safe atmosphere at the beach," says Morrison of working to keep the beach safe for all of the families who sought to get out of the house when so many other activities were discouraged or prohibited.

Morrison said May of 2020 was particularly a struggle when Southern California had its bioluminescent light show. Hundreds of onlookers flocked to the beach at a time when people were told to stay at home.

"The command [wanted us to avoid the] optics of thousands of people on the beach and boardwalk appearing on the six-o’clock news."

It Takes a Team

As the adage goes--the strength of each member is the team. Morrison said he could not have done his job without the support, hard work and dedication of the entire Pacific Division: “I cannot put into words my love and appreciation for all the dedicated men and women of Pacific,” explained Morrison of the team he says he went to work with every day.

Morrison said the two officers who lost their lives during his tour has been devastating.  “Officer Esmeralda Ramirez died in the line of duty due to surgery complications following a traffic accident and Officer James Rousseve died following a courageous battle with cancer.

With all of these challenges under his belt, Morrison says it's always local residents who bring back his desire to do better for the community. “I have enjoyed working with everyone in the community from Ted Hayes to Clabe Hartley [Cow’s End] and Jennifer Park [Café Collage] to Alex and Edizen [Venice Paparazzi] to Jim Murez [Venice Farmers Market] and Jim Muir [Dog Town Skateboards].

"I like all the unique aspects of Venice," he says. “I like the personal connection. I didn't always have the time, but when I did, there were great shared moments.”

Morrison says that Venice would be more of a challenge for someone who isn’t from L.A. “I get the skate culture. I get the surf culture.”

Though soft at heart, Morrison says he will always be tough on crime. “It’s part of making a community safe. That’s important.”

He adds regarding all the time he has spent on the Westside: “It’s been a wild ride, and I’m grateful for it.”

Words from the Community

Thank you, Captain Morrison, for your dedicated leadership over these very challenging couple of years. We will miss you and wish you all the best in your new position. -Traci Park & Steve Sanders

Thank you Captain Morrison for your hard work and caring for the people of Venice. Your willingness to meet with us shows your extra effort towards us. You will be missed. -Eva Greene

Captain Morrison, I want to take a moment to thank you for your service to this community. The past couple of years have been increasingly challenging for our community, and the consistent professionalism of the LAPD's Pacific Division has been a bright spot. This only comes with true leadership which you have clearly shown. Congratulations on your promotion and I wish you well in your future endeavors! - Christina Tullock

Captain Morrison, thank you for being a shining example of how a police officer can work with our community to make it a better place! - Dr. Robert Watkins

In the second largest city in America, I always assumed the police didn’t form relationships with the community. Capt Morrison was the first ranking officer to make himself personally available when issues arose in Venice. He’s accessible, he’s professional, he’s no-bullshit. It’s no surprise he’s been promoted, and I wish him well in his new role. —Allan Parsons

Captain Morrison, I want to express my appreciation for your years of service in Venice. In addition to responding to crime and safety issues, very often you or a member of your team have given a written response to neighborhood enquiries and made us feel heard. Thank you and congratulations on your promotion. -Connie Brooks

A heartfelt congratulations on your promotion and thank you so much for your three years of service, keeping our neighborhood as safe as possible. We appreciate you and all of your staff at the LAPD. Yours sincerely Klaus and Shelle Moeller, Ben & Jerry’s Venice boardwalk

Thank you, Captain Morrison, for showing up at our neighborhood meetings, answering tough questions, your responsiveness, your cool head, and your desire to make Venice safer for all. Best to you in your future, Venice will miss you. -Carol Reynes

Capt. Morrison’s gentle demeanor is a pleasure to work with, sorry to see you leave after making so many wonderful contributions to our community. I wish you well in your new role with LAPD. - James Murez

Thank you for your service. It’s been a pleasure working with you and the officers in the Pacific Division. Congratulations on your promotion and best of luck in your new role. — The Venice Ale House Team

Cap -On behalf of the entire Venice business community, thank you for your dedication and incredible work ethic. You will be missed. -George Francisco

Captain Morrison has been so dedicated to our community during a very tough time, and he'll be very missed! He jumped into a Venice-on-edge when he got this duty and made the best of it for all of us. Thank you for your time here, Brian! -Vicki Halliday